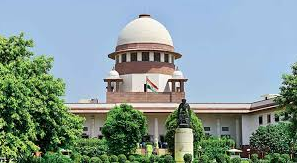 The Supreme Court on Wednesday held that a general expression of extreme threat cannot be given too much weight in deciding motive or animus of the accused, ultimately resulting in deciding whether the offence amounts to culpable homicide or murder.

A bench of Justice KM Joseph and Justice S Ravindra Bhat noted, "Even if the prosecution version that the appellant having threatened to kill the deceased were to be accepted, one cannot set much store by it, because no motive or no animus against the deceased was proved."

The decision was given in a plea challenging an order of Madhya Pradesh High Court, convicting the appellant for murder under Section 302 of the Indian Penal Code and awarding life imprisonment for allegedly running a truck over a Sub Inspector, ultimately resulting in his death.

According to the factual matrix set out, when the Sub Inspector asked the Truck to stop, instead of applying brakes, the accused tried to speed away, upon which SI Tiwari boarded the truck from its left side.
Then the appellant warned SI not to do so and that he would get killed. Nevertheless, SI boarded the truck. Immediately, the appellant pushed him, as a result of which SI fell off the truck and he was run over by the rear wheels of the truck which resulted in his death.

In this light, bench observed, "The question of whether in a given case, a homicide is murder, punishable under Section 302 IPC, or culpable homicide, of either description, punishable under Section 304 IPC has engaged the attention of courts in this country for over one and a half century, since the enactment of the IPC; a welter of case law, on this aspect exists, including perhaps several hundred rulings by this court."

“The use of the term “likely” in several places in respect of culpable homicide, highlights the element of uncertainty that the act of the accused may or may not have killed the person. Section 300 IPC which defines murder, however refrains from the use of the term likely, which reveals absence of ambiguity left on behalf of the accused.” the bench added.

Considering the question of whether the appellant intended to kill SI, the bench observed, "We think not. Clearly, he knew that SI Tiwari had fallen off; he proceeded to drive on. However, whether the deceased fell in the direction of the rear tyre, of the truck, or whether he fell clear of the vehicle, has not been proved."

Whereas, the bench while modifying the order of conviction under Section 302 noted, "this court is of the opinion that the appellants should be convicted for the offence punishable under the first part of Section 304 IPC, as he had the intention of causing such bodily harm, to the deceased, as was likely to result in his death, as it did."

The bench in furtherance of this sentenced the appellant to 10 years of regular imprisonment instead of life imprisonment.