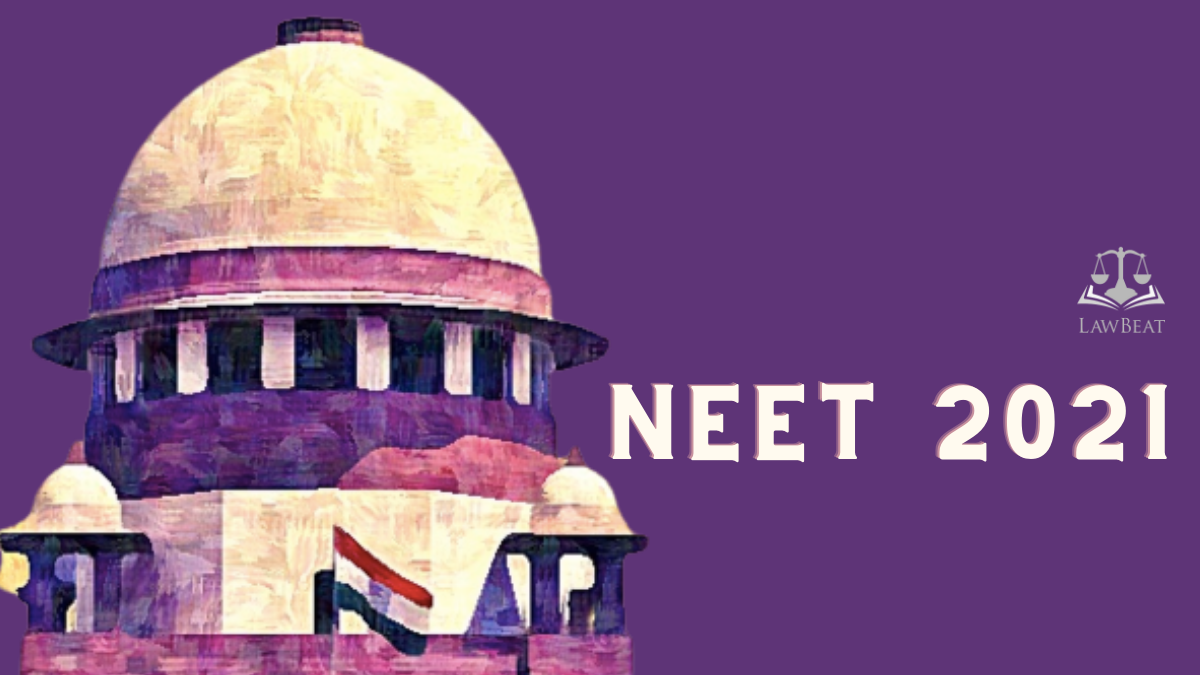 The Central Government on Wednesday informed the Supreme Court that in consultation with the authorities they have decided to implement the modified scheme for the NEET Super Speciality Examination from the year 2022-23.

A bench headed by Justice DY Chandrachud in its order noted that "the Union Government in consultation with the NBE have decided to the effect that having regards to the interest to the body of students to the ensuing examination, that the modified scheme shall be implemented from 2022-23."

The bench was hearing a batch of petitions challenging the notification changing the syllabus of the NEET SS 2021 examination by aspiring candidates stating that,

“They have all along been preparing in terms of the pattern that has been in place for the last three years, especially because on earlier occasions -- 2018 and 2019 when changes in the pattern/scheme were proposed to be made, the changed pattern/scheme was made public almost six months prior to the Neet-SS exams to ensure availability of ample time to the students for making preparations.”

ASG Aishwarya Bhati appearing for the Central Government submitted that in accordance with yesterday's observations of Your Lordship's we have decided to implement this scheme from 2022.

Yesterday, the Court had given a final opportunity to the authorities to put their “house in order” in a plea challenging the ‘sudden change’ in NEET Super Speciality 2021 Examination.

Senior Advocate Shyam Divan appearing for the petitioners submitted that at least in so far as this year is concerned the Scheme may not be allowed to implemented.

"You don't change rules of the game when all things have been prepared," Divan added.

Whereas, Senior Advocate Aishwarya Bhati appearing for the authorities submitted that they had filed a joint affidavit stating that going back to the past will derail the whole system, question papers as everything had been set and 1200 Doctors had already registered for the examination.

To this, Justice Chandrachud said,

“This this doesn't matter, even these students will register if there is no option, it is a matter of their career.

Justice Chandrachud further added, "Ms Bhati you may have a rational, but what was the hurry to implement it this year, whether the heavens were falling? Give students an opportunity, time, what would happen if you give them time, give in a manner in which an expert should do it."

The bench while concluding today's arguments gave an opportunity to the authorities to take a call over the issue stating that otherwise, the hands of the law are long enough.

Earlier, the Supreme Court had asked the authorities “to put its house in order” stating that the students start preparing for the super specialty courses months in advance, what is the need to change the examination syllabus at the last minute.

Court had further asked ASG Aishwarya Bhati to place a report before the bench by next Monday after holding a meeting with the concerned authorities.

The Court had issued notice while considering the submission of Senior Advocate Shyam Diwan that “In any event, such a change ought not to have been made after the examination was notified and candidates have already commenced their preparations for the ensuing examination.”

Case Title: Prateek Rastogi and Ors. Vs. National Board of Examinations and Ors.