Employment to dependent of deceased on grounds of compassion, is a concession, not a right: Supreme Court 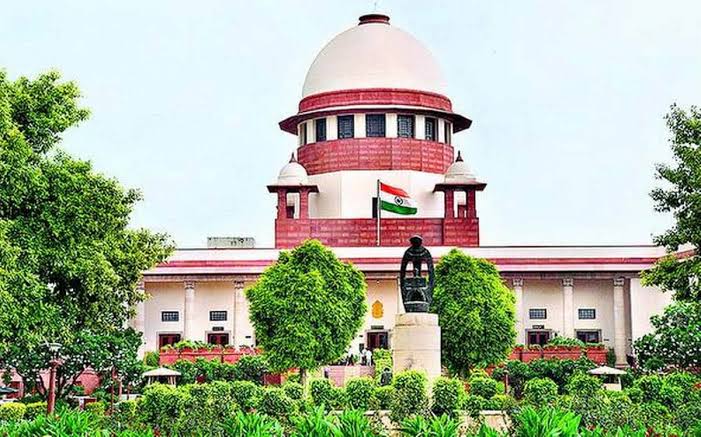 A Supreme Court bench comprising of Justice MR Shah and Justice AS Bopanna has held that a dependent/applicant cannot seek compassionate appointment on the higher post than what was held by the deceased employee, and that an appointment on compassionate ground is not a right.

The court was hearing an appeal preferred by the state of Uttar Pradesh against an order of the Allahabad High Court.

The respondent in the case was the wife of a deceased employee of Uttar Pradesh Government, who at the time of his death was posted and serving as Messenger in Police Radio Department of Uttar Pradesh (Class IV).

Upon her husband’s death Premlata submitted an application to work in the Workshop of Police Radio Headquarter, which is a Class III post. Such application was also rejected because Premlata failed the physical test. However, she was offered the position of Radio Messenger that is below the rank of Workshop Hand.

Premlata filed a writ petition in the Allahabad High Court claiming appointment in the post of Workshop Hand on compassionate grounds under the provision of Dying In Harness Rules, 1974 or in a post suitable in a similar cadre.

The single judge bench dismissed the petition stating that as the deceased employee was a Class IV employee and Premlata has been appointed in a Class IV post, she cannot claim appointment in a Class III post on grounds of compassion.

On appeal, the High Court division bench set aside the previous order and stated that Rule 5 of 1974 Rules makes it crystal clear that appointment ought to be for a “suitable post” in consonance with the education and qualification of the applicant and has got nothing to do with the post held by the deceased government servant.

The Supreme Court after listening to both parties observed that as per the precedent set by it in a plethora of cases on appointment on grounds of compassion, for all government vacancies, equal opportunity should be provided to all aspirants as per Article 14 and 16.

However, appointment on this ground to a dependent of the deceased is an exception in the above rules, it is a concession and not a right, the bench reiterated.

It further observed that the object of granting employment under this ground is to save the family of the deceased from penury and not to give such family a post, much less a post of the deceased.

As such, the court held that the interpretation of the division bench of “suitable post” is contrary to the object of the law and said that, "Suitable post has to be considered with reference to the educational qualification/eligibility criteria of the deceased employee."

Cause Title: The State Of Uttar Pradesh & Ors V. Premlata