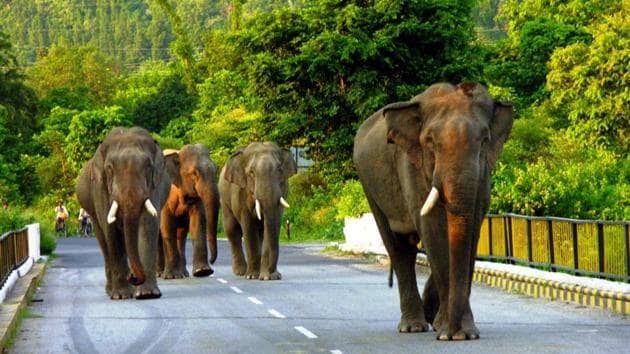 The Supreme Court today refused to hear a public interest litigation (PIL) challenging the Stage-I forest clearance and wildlife clearance granted for the improvement and expansion of an existing 20 km stretch of NH-72A between Ganeshpur and Dehradun. The bench has directed the petitioner to approach the National Green Tribunal (NGT).

A bench comprising Justice DY Chandrachud, Justice Vikram Nath, and Justice Hima Kohli said it was giving the petitioner the liberty to approach the NGT.

The PIL has been filed by the Citizens For Green Doon stating, "the project if allowed would result in the felling of around 11,000 trees in an area which is not only a wildlife rich area, but also a tiger and elephant corridor."

Adv. Ritwick Dutta appearing for the petitioner submitted that, "The problem in approaching NGT is that in addition to the forest issue the main issue is the forest issue. It is in close vicinity of Rajaji  National Park and there are a lot of species in that area yet, the project is allowed."

The petition has further submitted, "The project is actually composed of an elevated road from Ganeshpur to Daat Kali Tunnel, and this portion does not infact improve any existing road but is an entirely new construction of an elevated tunnel involving hill cutting."

The bench dismissed the PIL while allowing the petitioner to withdraw it and approach the NGT. The PIL has been filed through AOR Srishti Agnihotri.