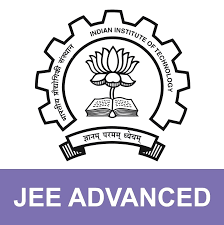 The bench was hearing a plea challenging the ineligibility prescribed in Criterion 4 of Clause 11 of the Information Brochure, insofar as it renders candidates who cleared Class XII in 2019 as ineligible from being able to sit for JEE (Advanced) 2021 even after qualifying JEE Mains. The petitioner stated that the criterion is arbitrary and violative of Article 14 of the Constitution of India.

The plea stated, "The Joint Admission Board’s decision to exclude the petitioners and other similarly situated persons from the relaxation given vide the 13th October 2020 Press Release is patently unfair, arbitrary and grossly discriminatory."

Whereas, the plea further added that "The Joint Admission Board meeting which was jointly organised by all the 23 IITs on 13th October decided to provide extra attempt to:
i) Covid +ve students who failed to attend the exam; and
ii) Registered Absentees of the exam"

It was contended that, "The JAB through this press release provided such students a direct eligibility for JEE Advanced Exam next year which means such candidates do not require to qualify JEE Mains examination 2021, which in the ordinary course is a sine qua non to participate in the JEE(Advanced)."