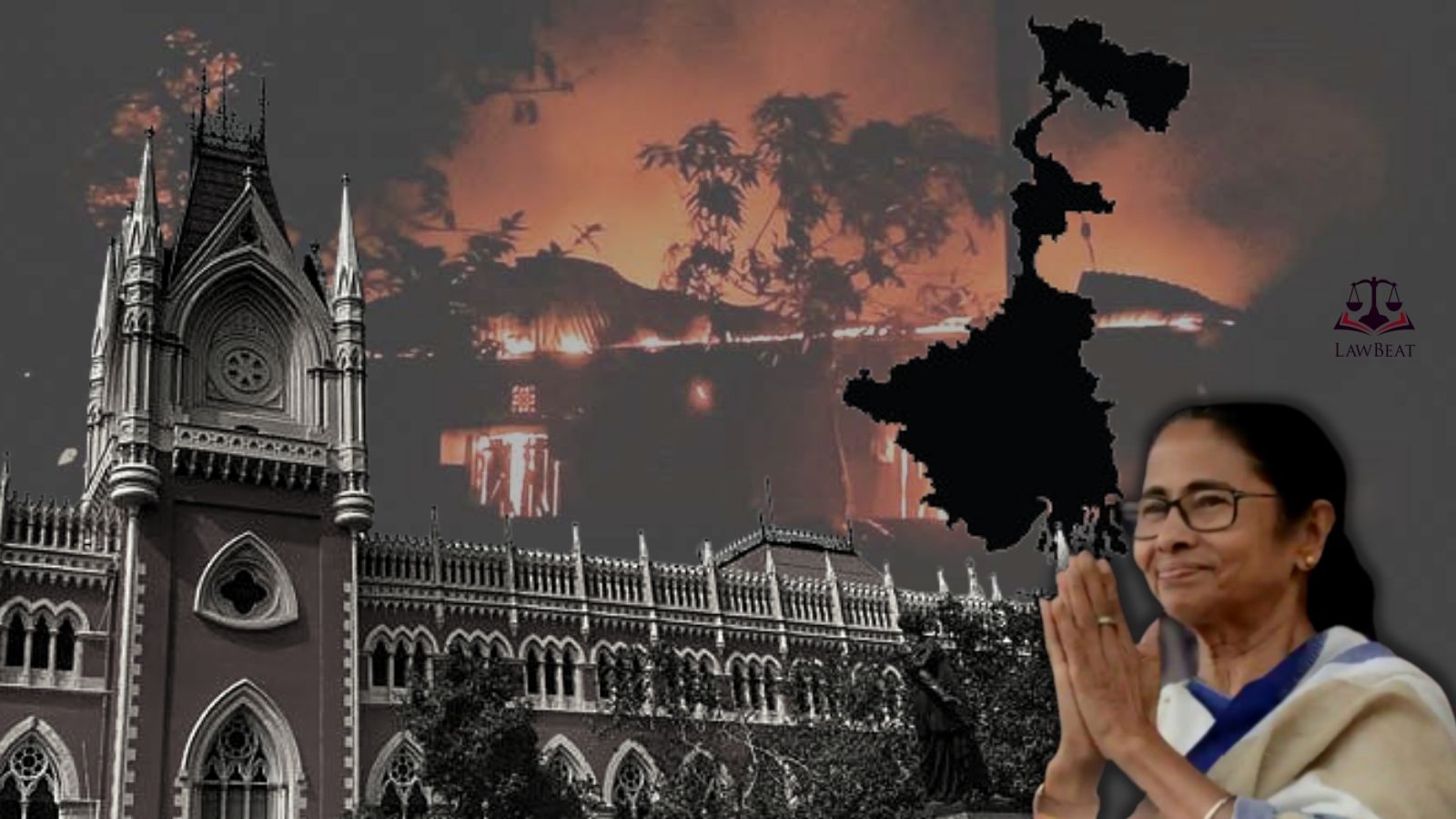 The Calcutta High Court took up plea(s) concerning post poll violence today. After a number of adjournments, Court is finally in the process of hearing final arguments.

The issue of post-poll violence dates back to the state polls of West Bengal which took place in April-May 2021. Countless incidents of violence, allegedly at behest of the Ruling party, the Mamata Banerjee led TMC have emerged earmarking retributive violence, aimed at opposition party workers and voters in the state.

Today, Senior Advocates Mahesh Jethmalani, Pinky Anand, Advocates J Sai Deepak & Priyanka Tibrewal made submissions before a 5-judge bench of the Calcutta High Court on behalf the victims, urging the Court to follow suit of the recommendations which have been made by the Court appointed NHRC Committee. (These recommendations, inter alia state that the complaints of the post poll violence must be handed over to the CBI).

Senior Advocate Mahesh Jethmalani argued that there is there is no denying the fact that post poll violence did occur in the state. He said that very serious grievances from victims of extremely grave crimes have come in where the police has diluted their complaints or has been threatening them to withdraw their complaints.

"I am afraid to say that after NHRC report has come, West Bengal has indulged in a defence of police authorities and a sorry undermining of victims grievances rather than being a dispassionate state which has chosen to abuse fact-finding bodies," added the Senior Counsel

While pointing to the discrepancies with regard to the crimes registered against TMC goons for indulging in post poll violence by the police as compared to the ones on record by the NHRC's Committee, he reflected on some data.


"Murder cases alone - Police says 29, NHRC says 52. The situation with rape is even more grave. According to police no rape is there -- Whereas according to NHRC, there are 14 cases of rape, in addition to attempted rape & sexual assault cases which are 79 in number"
- Mahesh Jethmalani

He further added that no FIR's were registered in many cases and while 3384 is the total number of cases, 1356 complaints have been found "not to be true" by the state of West Bengal, which is a grave dereliction of duty on part of state. He added that over 1000 have not even been registered.

On the issue of bias as alleged by the State regarding appointments made to the Committee, Jethmalani refutingly argued that it was on the basis of Suo Motu that the case came before Court. "If the State machinery had done their job properly, no intervention of the Court would have been required," he said.

Senior Advocate Pinky Anand argued that the State machinery has shown dereliction of duty and brought to the court's attention, a case where Elder son was a BJP polling agent and his family was threatened by TMC goons.

Advocate J Sai Deepak told Court that neutrality of NHRC has been constantly questioned by state and though every PIL has been slandered as being politically motivated, it was only reflective of the position of the state which has chosen to turn a blind eye to the mishaps that engulfed the state in the aftermath of the polls. He further argued that there is enough to justify the violence to be designated as "post-poll" because in all of the cases, the victims have been from the opposition party and the accused have been from the ruling dispensation.

"There has been a systemic breakdown of constitutional machinery in the state of West Bengal. They cast aspersions on the NHRC, who are they (the state) really casting aspersions on? The Court? "
- Sai Deepak

Advocate Priyanka Tibrewal also told Court that displaced victims were reinstated only after the Committee of NHRC was constituted and that this only reiterates post poll violence in West Bengal.

Arguments on behalf of state of West Bengal are currently underway. They will continue tomorrow.