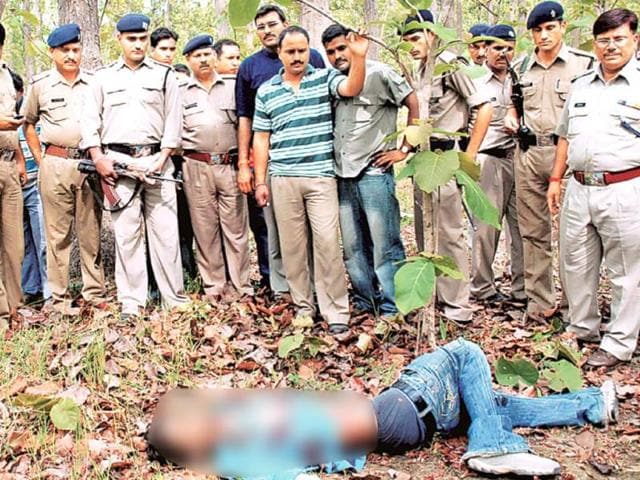 Bench of Justice Navin Sinha and Justice Ajay Rastogi while adjourning the matter for June 15, 2021 has directed Senior Advocate Harshvir Pratap Sharma appearing for the petitioner Nitin Chauhan to serve the copy of the order to the State.

Senior Advocate Harshvir Pratap Sharma has prayed for interim bail for Nitin Chauhan on the ground of ill health of Chauhan’s mother.

“He has been serving sentence since 11.5 years without any bail. His mother is very sick.”, Senior Advocate Pratap Sharma submitted.

Ranbir Singh, 22-year-old student from Ghaziabad , was shot dead by the Dehradun Police on July 3, 2009, in the Ladpur forests. The Uttarakhand Police after the incident claimed that the deceased fled with a Sub Inspector and was shot dead during an encounter.

When it was later found that it was a fake encounter, the state government ordered a CBI inquiry. During the investigations, the CBI concluded that Ranbir and his accomplices indeed came to Dehradun with the purpose of dacoity but after being confronted by SI GD Bhatt, they had a scuffle with him and after beating him up, the two had fled. But Ranbir was caught alive by the police. The CBI had registered cases against 18 Uttrakhand policemen.

The Delhi Court on June 6, 2014 found seven of them guilty of murder, 10 of them of criminal conspiracy and kidnapping to murder and another one is convicted for destruction of evidence.

In February, 2018 the Delhi High court bench of Justices S Muralidhar and Justice IS Mehta while awarding life imprisonment to the seven suspended Uttarakhand policemen for killing a 22 year old MBA student in the fake encounter had upheld the trial Court’s June 9, 2014 verdict regarding the suspended policemen. Further, the Court had however set aside the conviction and life term of 10 other suspended policemen.