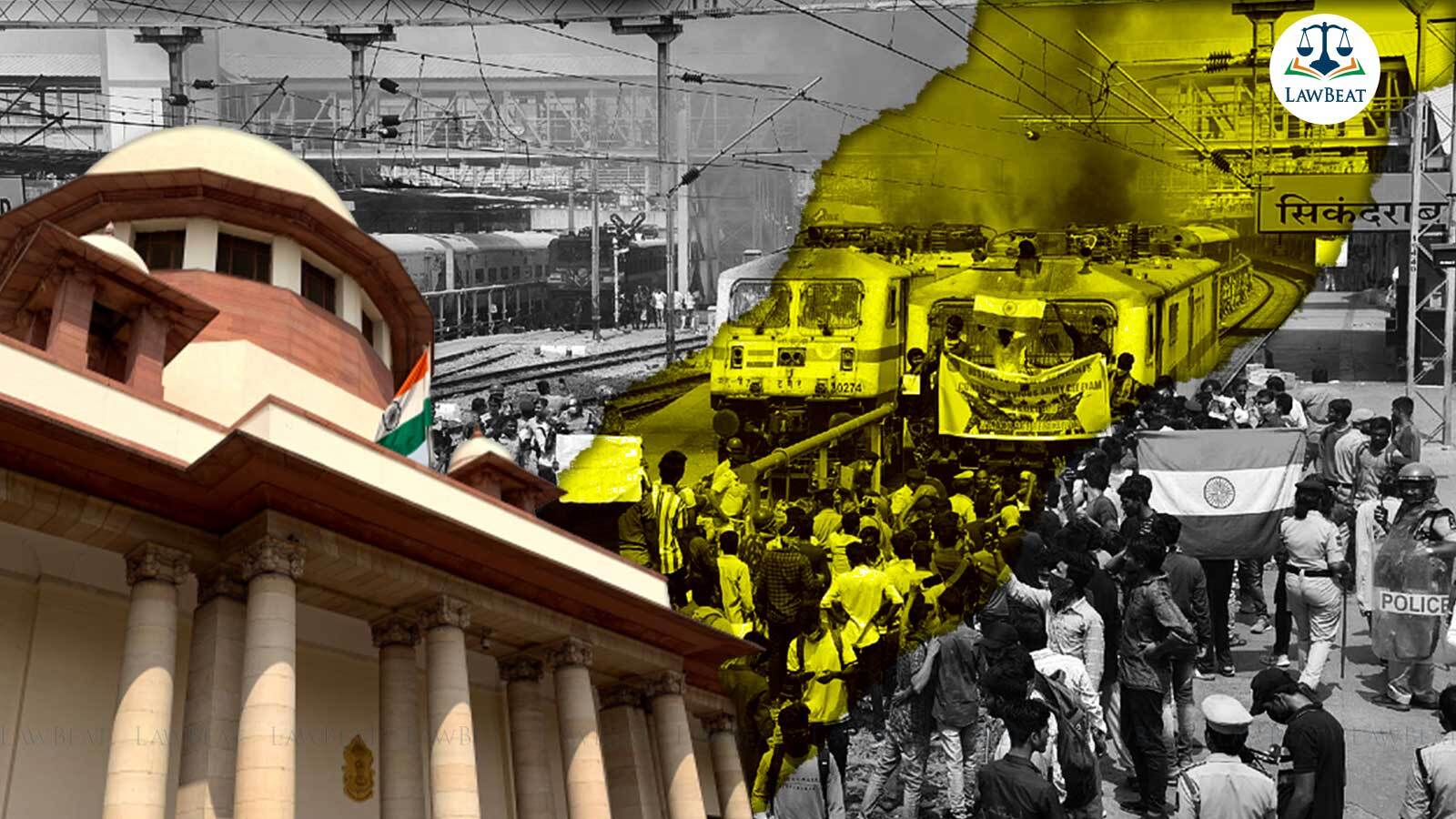 A Public Interest Litigation plea has been moved before the Supreme Court seeking direction for the formation of a Special Investigation Team to investigate the violent protests against the recently launched 'Agnipath Scheme'.

The PIL filed by Advocate Vishal Tiwari submits that the consequence of the recently launched Agnipath Scheme by the Central Government has been far-reaching for the citizens of this country resulting in intensified vandalism and protest leading to severe destruction of public property and goods.

The PIL plea states, "A few days ago in Uttar Pradesh the houses of some Muslims were demolished by the government alleging their participation in riots. This conduct of the Uttar Pradesh Government was condemned by many retired Supreme Court judges, High Court Judges, lawyers and law abiding citizens."

In furtherance to this, the plea raises the question that "now in the protest against the Agnipath scheme a large damage has been caused to the Railway and other government properties, will now the Government initiate some action against those who set fire to trains, will any bulldozer will run on their houses. Does the Uttar Pradesh Government function in a biased manner?"

Tiwari submits that the Agnipath scheme has been designed for the recruitment of young personnel in the all 3 armed forces division. It is a scheme that entails a recruitment process for individuals with ranks below that of the officer to deploy fitter and younger troops on the front lines which will be based on a four-year contract.

He has argued, "The concern which rises through this scheme is primarily the length of service i.e. 4 years is not reasonable and there remains no pension benefits. The defence aspirants during their protests have alleged that this Agnipath scheme leads to a road of uncertainty for soldiers who will have to leave the services after 4 years."

The plea has further sought direction to the Central Government immediately to submit a Status Report on the violent protests that emerged against the proposed scheme.

The plea has also sought direction to set up an expert committee under the Chairmanship of a retired Supreme Court judge to examine the Scheme “Agnipath” and its impact on National security and the Army of our nation.