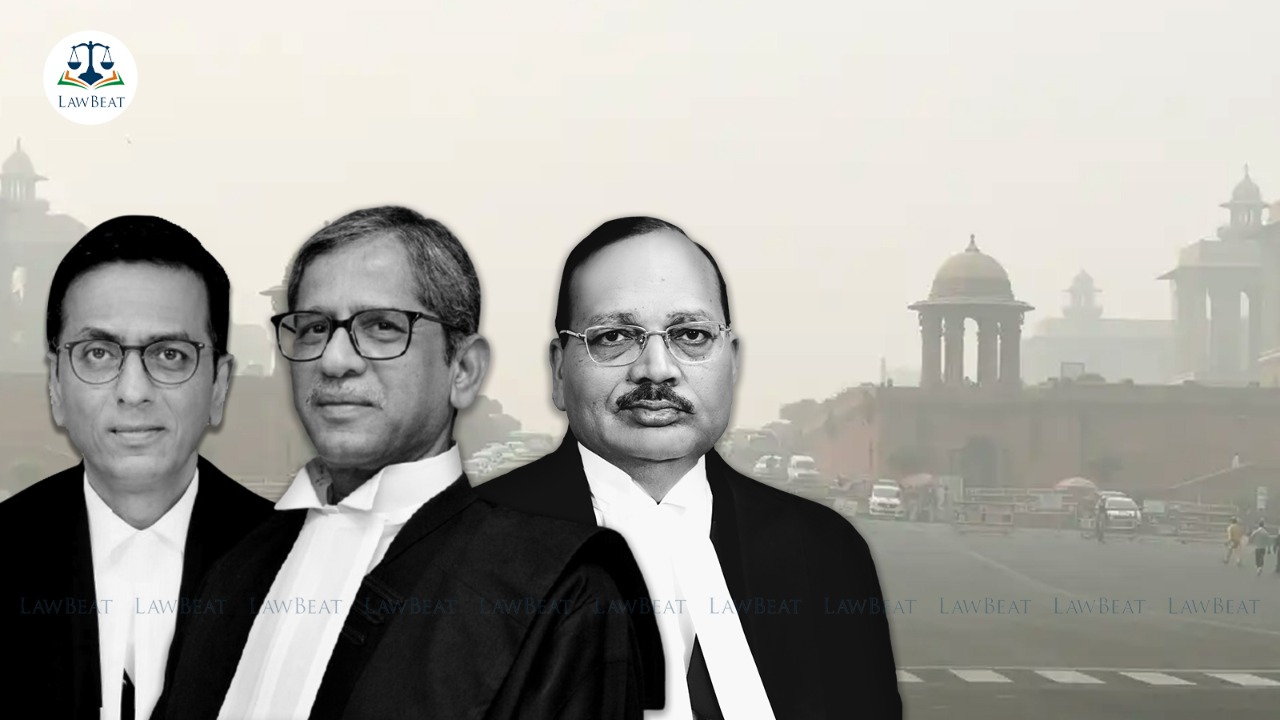 Supreme Court has called upon the Task Force and government's responsible to extrapolate solutions in order to tackle air pollution which stands at severe category in the national capital region. It has also directed the Centre and State Governments of Delhi & Haryana to impose "Work from Home".

The Supreme Court on Monday warned the Delhi Government to take the issue of Air Pollution seriously instead of passing the buck.

"Don't make lame excuses, stop passing the buck. You are propelling us to take stock of the revenue you are collecting as State Government and using for purposes of making random slogans," said a bench of CJI NV Ramana, Justices DY Chandrachud & Surya Kant.

The bench made these remarks orally after Rahul Mehra for GNCTD told Supreme Court that the Corporations in the capital are handling the Pollution issue and are responsible for the same.

The Delhi Government has put on record an affidavit laying down the various steps it has taken to tackle air pollution, including imposition of a clamp down on construction activities till November 17, 2021.

The Supreme Court however, unconvinced with steps taken by Centre, state governments called upon the Executive to take adequate and immediate steps to tackle air pollution and also requested state governments to ask the Farmers to not indulge in stubble burning for at least two weeks. The case has now been listed for further hearing on November 17 to take stock of the issues.

On Saturday, Solicitor General (SG) Tushar Mehta clarified to Court that the colours of political parties do not matter in tackling the issue of air pollution in Delhi and that it is a joint exercise undertaken by the Central Government, Delhi Government and Governments of the States of Punjab and Haryana.

The case was listed in view of an application filed by the petitioners asking the court to pass appropriate orders in the light of excessive levels of air pollution in Delhi at present.