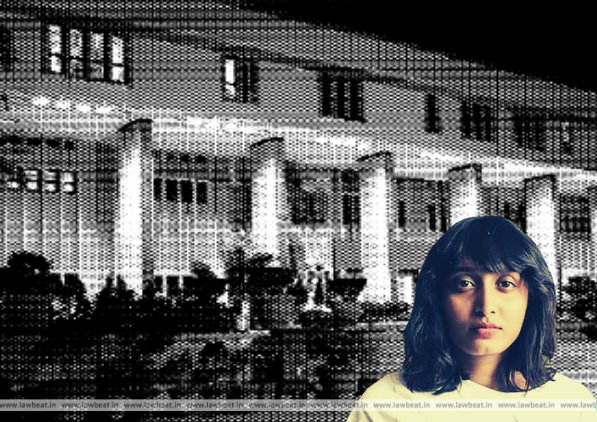 The Delhi High Court has recently issued interim directions in respect of the petition filed by environmental activist Disha A Ravi against India Today, Times Now and News 18 for violative reporting.

“The print and electronic media plays a very important role in ensuring that there is no sensationalism and that they adhere to responsible journalism. Recent coverage by the media definitely shows that there is sensationalism. While police briefings and the happenings in Court proceedings etc. can also be broadcasted and disseminated, leaked investigation material ought not to be disseminated so as to prejudice the investigation.”, Single Bench of Justice Pratibha M Singh noted.

In the present matter, the petitioner was arrested on 13th February 2021 in Bangalore and was brought to Delhi. She was sent on police remand vide order dated 14th February 2021 by the Duty Magistrate, Patiala House Courts. After the petitioner’s arrest, as per the petitioner during the investigation process, various messages etc., were leaked by the Police to the media that resulted in many programs, news bulletins and online dissemination of various private messages and interventions which were broadcasted. She further contends that some of the bulletins made allegations of her association with various illegal and unlawful groups. Thus, the petitioner filed a petition against the Police, the Ministry of Information and Broadcasting and various news channels for claiming the following reliefs:

The Petitioner’s counsel relied upon the office memorandum dated 1st April 2010 issued by the Ministry of Home Affairs, which provided broad guidelines in the manner in which the investigation and coverage of investigation should be undertaken.

Contentions of the Ld ASG appearing for Delhi Police was that allegations of the Petitioner that the information or investigation data has been leaked were false and incorrect. He further argued that no information or documents forming part of the case files were shared by Delhi Police with any media houses or individuals. The only exception to this was press briefings or broadcasts.

Ld ASG appearing for the Ministry of Information and Broadcasting while challenging the maintainability of the writ petition submitted that the Ministry constituted an inter- Ministerial Committee headed by the Additional Secretary, I&B, to look into any complaints which may be received.

On behalf of the News Broadcasting Standards Authority, counsel submitted that NBSA had no jurisdiction over tweets or internet articles.

Counsel appearing for India Today relied on the Supreme Court’s judgement in Central Public Information Officer, Supreme Court Of India vs Subhash Chandra Agarwal 2020 5 SCC 481 and Queen's Bench judgement in Douglas and Others v. Hello! Ltd [2001] QB 967. He further contended that the only publication which was complained of is an online article and does not relate to India Today T.V. channels.

Submissions of the counsel appearing for Times Now were that all the information was in the public domain, and he did not have the opportunity to view the videos shared with the Court. He further submitted that the Delhi Police posting tweets and their broadcasting or any other news relating to the Petitioner’s investigation could not be objectionable. While referring to the Supreme Court’s judgement in K.S. Puttaswamy and Anr. v. Union of India & Ors., 2017 (10) SCC 1, the counsel contended that the right of privacy of the Petitioner would be restricted only by the public interest which had to be “overwhelming”. His last submission was that if the Petitioner wished to enforce her remedies in terms of the Cable Televisions Networks (Regulation) Act and Rules, she had the remedy to do so. Since the Government did not refuse to entertain the Petitioners complaint as the Petitioner has not approached the Government, the petition’s maintainability was also challenged.

The Bench observed that the present petition raised issues of public importance with three aspects that were the privacy, dignity of the individual concerned as also her right to a fair trial, sovereignty/integrity of the country and whether there could be reasonable restrictions that could be imposed considering the nature of the investigation that was currently taking place and the right to free speech and the right of the public to know. Further, the Court noted that repeated judgments of various courts, including the Supreme Court of our country, have laid down broad principles and guidelines to ensure that a correct balance is struck.

In order to equally protect and balance the aspects of the case the Bench issued the following ad interim directions:

(i) The Delhi Police will strictly abide by the affidavit dated 18th February, 2021, which has been filed today as also the Office Memorandum dated 1st April, 2010, which is, admittedly, still in operation. The Delhi Police or other investigation authorities would, however, be, in terms of the said OM, entitled to conduct their briefings in accordance with law so long as no rights of the Petitioner are violated.

(ii) Media houses shall also ensure that the telecast/broadcast by them is from verified/authenticated sources, though the sources need not be revealed. All disseminated content shall be in strict adherence to the `Programme Code’ as contained in the Cable Television Networks Rules 1994 as also the Code of Ethics & Broadcasting Standards prescribed by the News Broadcasters Association.

(iv) If the charge-sheet is filed in the meantime and the same is made public, once the investigation reaches some conclusion, dissemination of the contents of the charge-sheet would not be interdicted in any manner.

(v) Since there is an allegation that persons who sympathise with the Petitioner’s cause are attempting to malign the police and investigation authorities, Mr. Akhil Sibal, ld. Senior Counsel while denying the allegation, assures that the Petitioner or any other person directly associated with her do not intend to indulge in any kind of maligning of the police or the investigating authorities. This assurance is accepted by the Court.

(vi)The question of removal of content, which is already in public domain shall be considered with the hearing of the stay application at a later stage.

The matter is now listed for further hearing on 17th March,2021.

Police custody of the petitioner who was remanded for five days by Patiala House Court expired on 19th February. Now she has been sent to judicial custody for three days.