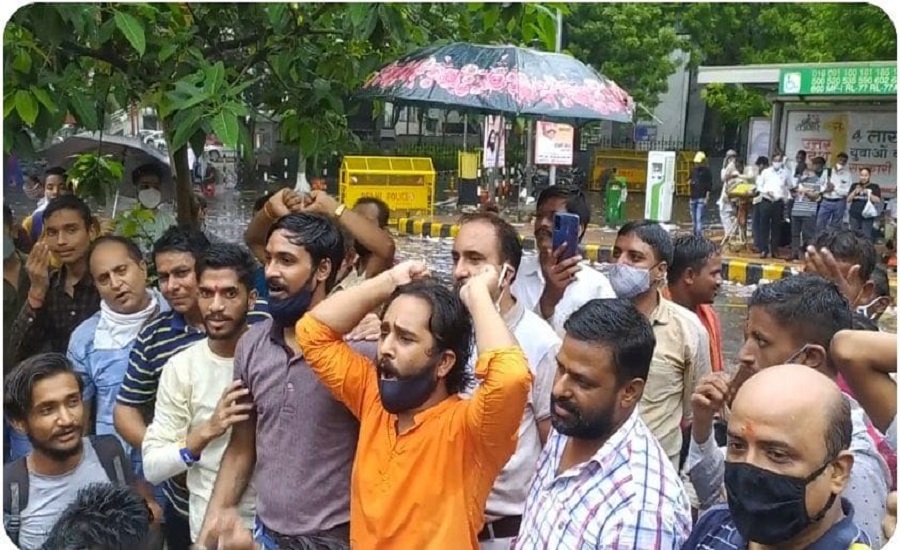 The single judge bench of Justice Mukta Gupta reserved the order after hearing parties at length.

Advocate Vishnu Shankar Jain appearing for Singh argued that the main accused Advocate Ashwini Kumar Upadhyay has been granted bail and there was nothing in the status report of the prosecution which could prove that Singh had committed an offence under Section 153A IPC.

Advocate Tarang Srivastava appearing for prosecution however argued that Upadhyay was granted bail since no video footage could be produced against him. However, accused Preet Singh along with other co accused can be seen chanting slogans against a particular community in a video footage.

Srivastava also relied on a transcript of an interview given by Preet Singh and co accused Pinky Chaudhary to a news Channel where they had allegedly made inflammatory speeches.

Jain reportedly argued that Singh had only asked for a 'Hindu Rashtra', and if that is an offence, his bail application may be rejected.

Srivastava urged the Court not to grant bail to Singh at least till the investigation in ongoing in the interest of society.

Additional Sessions Judge Anil Antil dismissing the anticipatory bail application of Singh observed that the material placed on record revealed that there has been active participation by Singh in his individual capacity and also as the main organizer of the event at Jantar Mantar in spite of the denial of permission  by the Delhi Police and total disregard to Covid 19 protocol issued by the Govt. of India.

The Delhi High Court on August 27, issued notice in an anticipatory bail plea of Pinky Chaudhary, President of Hindu Raksha Dal, also an  accused in the communal sloganeering incident at Delhi's Jantar Mantar.

Case Title: Preet Singh vs State of NCT of Delhi