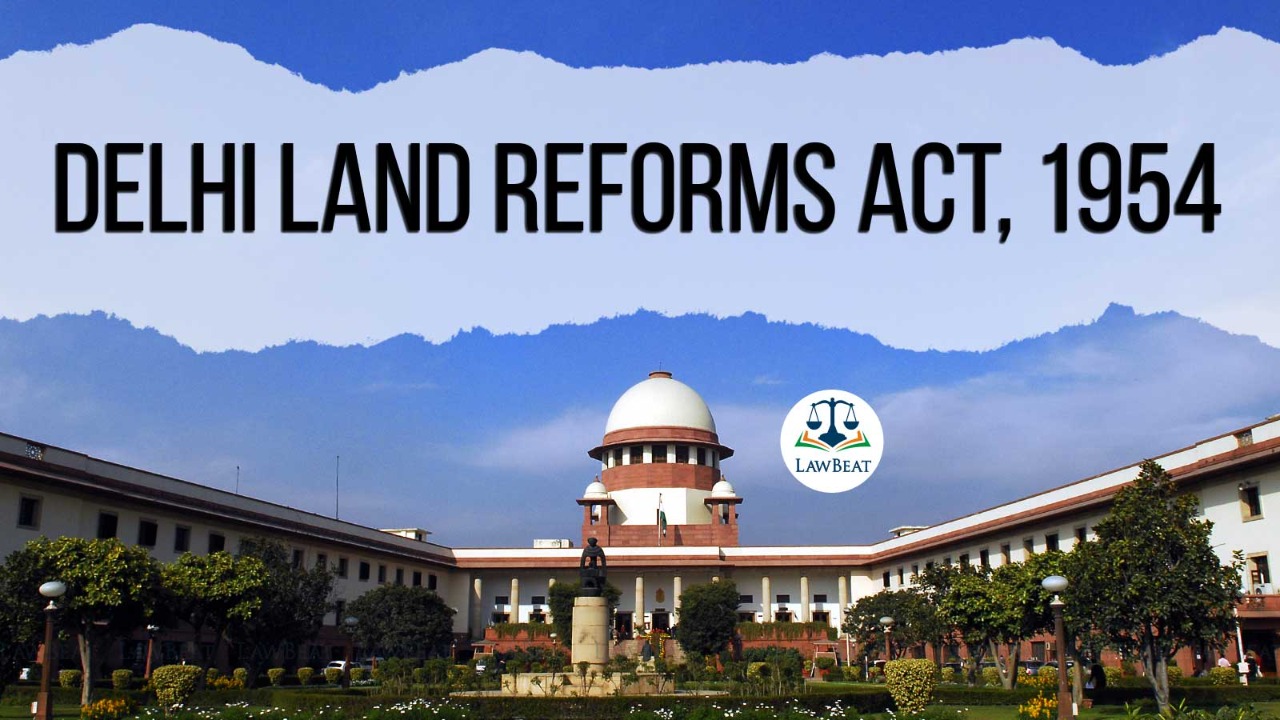 Court also refused to accept the argument of gender bias in the present case as the applicable law was a special law.

The Supreme Court has reiterated that any State enactment relating to Agricultural land tenures is a special law.

This observation came to be made by a division bench of Justices Hemant Gupta and Vikram Nath while holding that Section 50(a) of the Delhi Land Reforms Act, 1954 is not unconstitutional or ultra vires Articles 14, 15, 254 and 21 of the Constitution of India.

Section 50 deals with the general order of succession from males and states that subject to the provisions of Section 48 and 52, when a Bhumidhar or Asami being a male dies, his interest in his holding shall devolve first in the Male lineal descendants in the male line of the descent.

The said provision came to be challenged before the Delhi High Court by the daughters of a family when they were denied any rights in the inheritance.

A division bench of the High Court while placing reliance on the fact that the Act had been placed in the Ninth Schedule (a list of central and state laws which cannot be challenged in courts) to the Constitution much prior to the judgment in the case of Kesavananda Bharati vs. State of Kerala, and also in view of Article 31(B) of the Constitution of India extending immunity to such legislation, dismissed the writ petition.

To the submission that the 1954 Act would be hit by Article 254 of the Constitution for the reason that the Hindu Succession Act, 1956 is enacted by the Parliament whereas the 1954 Act is a State Act, Court said,

Court further opined that the existence of Section 4(2) in the 1956 Act and its deletion will not have any impact in the present case as "...the 1954 Act, as held above is a special law, dealing with fragmentation, ceiling, and devolution of tenancy rights over agricultural holdings only, whereas the 1956 Act is a general law, providing for succession to a Hindu by religion as stated in Section 2 thereof. The existence or absence of Section 4(2) in the 1956 Act would be immaterial."