"Appalled That Trial Not Concluded For More Than 12 Years": Supreme Court Grants Bail To Undertrial 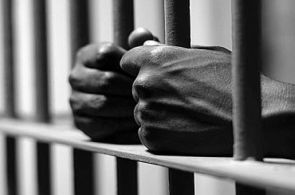 A full judge bench comprising Justices AM Khanwilkar, BR Gavai and Krishna Murari recently granted bail to an undertrial who had been in jail for over 12 years.

“We are appalled to notice that the appellant is in jail in connection with the crime registered by FIR No. 226 of 2009 for more than 12 years and the trial is still not concluded.”

The undertrial had been in jail for 12 years booked for murder.

On earlier occassion, the Calcutta High court had permitted the appellant to visit Watganj under police escort for a period of no more than four days, for his father’s funeral rites but refused to grant him bail.

The bench looked into the matter and ordered that “in interest of justice”, the appellant (Rakesh Mishra) be released on bail to the satisfaction and on such terms and conditions as imposed by the Trial Court.

“As a result, we set aside the impugned order passed by the High Court. The appeal is allowed in the above terms.”
- Supreme Court

The court further directed the Trial Court to ensure that the trial is concluded not later than six months from receipt of copy of the instant order.

Under Lens: CONSTITUTIONAL RIGHTS FOR THE UNDER TRIALS [This is not part of the judgment reported but an assessment of the law from the perspective of the author]

Part III and Part IV of the Indian Constitution enumerated various principles of human rights specified under International Bills of rights. Article 14 of Indian Constitution provides equality before law and equal protection of laws, it states that; State shall not deny to any person equality before the law or equal protection of the laws within the territory of India.

Article 19 provides for protection of all freedoms like to freedom of speech and expression, to assemble peaceably and without arms, to form associations or unions, to move freely throughout the territory of India, to reside and settle in any part of territory of India, to practice any profession or to carry any occupation trade or business.

Seventh schedule of Indian Constitution also states about Article 246 and in second list i.e. State list Entry No 4 provides for law making power of State Government on the matter of prisons.

The Supreme Court carried the ratio of habeas corpus case (ADM JABALPUR v. SRIKANT SUKLA) that Article 21 is the sole repository of life and liberty and during the emergency when liberty is suspended, due to presidential proclamation suspending Article 21.