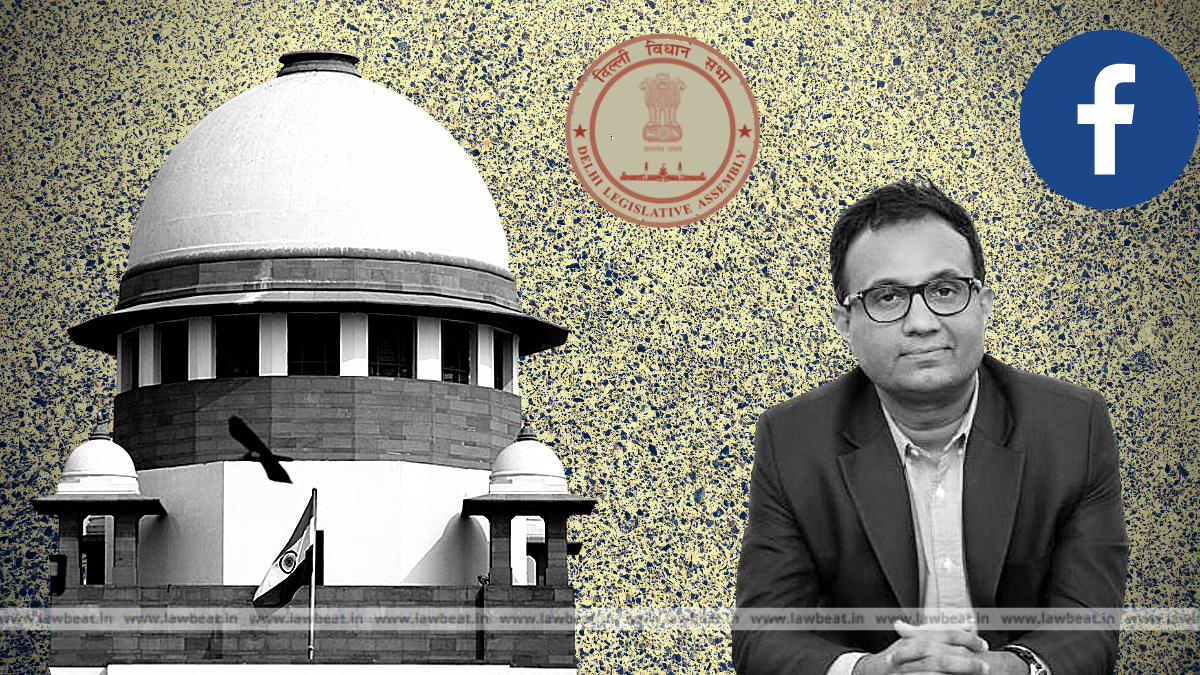 The hearing started with Dr. Rajeev Dhawan discussing the time that the Counsels are taking while making their submissions and trying his best to conclude his arguments within a short period. Justice SK Kaul replied that Counsels in this matter are not being curtailed while making the submissions as both sides cover a large conspectus, and it is also interesting.

Dr. Dhawan started his submissions by reading relevant paragraphs of the rejoinder submitted by the petitioner. He firstly proceeded to answer the question asked to him by the Bench concerning substituted summons making any difference. Dhawan firstly pointed out that as per petitioners, nothing changed even after issuing substituted summons. In their rejoinder, the petitioners stated that even fresh summons was unconstitutionally an attempt to compel non-members to appear at the threat of sanction.

The first major submission made by Dr. Dhawan concerning the difference between a member and a non-member of a Committee was that there is no rule anywhere that suggests that non-members are a class who do not respond to summons. He substantiated his submission by stating that Delhi Legislative Assembly has 40 Committees, and the Committees can ask the person summoned to cooperate. If they do not, then consequences will follow.

"The entire argument of Mr. Salve is that "We are in a class of people who need not cooperate at our own will. To some extent, they say, look in these circumstances, we won't. Even if you have a substituted summons, we still have the freedom "not to cooperate irrespective of issuance of substituted summons, Dhawan contended.

Dr. Dhawan further submitted that Salve's reply in the rejoinder for the petitioner being subjected to innumerable questions by the Chairman of the Peace and Harmony Committee is a kind of an anticipatory argument. He substantiated his argument by stating that the petitioners always had the right not to answer a question if the same is personal or incriminatory.

At this juncture, Justice SK Kaul intervened and said that the petitioner who is being summoned always chooses to answer or not answer any question.

Dhawan: As far as fresh or previous summons are concerned, that is a previous matter. Your Lordships put to me a question as to what will happen if the person summoned does not appear. Two things will happen,

Dr. Rajeev Dhawan further referred to the rejoinder to reinforce the argument that Ajit Mohan is a sham petitioner and that there was only one petitioner that is Facebook. He substantiated this argument by stating that by issuing fresh summons, it was clear that the respondent's intention was always to summon Facebook India through a competent and senior representative. Dhawan further contended that respondent number 1 had issued summons to petitioner number 1 not only because he was vice president but because he was Facebook India's face to the public media who has been working inter alia for device content and hate speech, which is relevant to peace and harmony. Dhawan also stated that respondent number 1 never had an interest in petitioner number 1 except as a representative to petitioner number 2, i.e., Facebook India.

"Therefore, Ajit Mohan is not an independent person & that is the matter in the public domain. When the matter of privacy comes up, it's the privacy of corporations and not Ajit Mohan. Mr Ajit Mohan is Facebook's best man. He speaks for them all the time. There is no suggestion that he is not sufficient. He cannot claim identity and fundamental rights as an individual", Dhawan further submitted.

With respect to the petitioner's violation of fundamental rights , Dhawan submitted that Article 19(1)(a) cannot be invoked by a corporation. With respect to article 21, he contended that corporations have no right and liberty and since right to privacy emanates from article 21, a corporation doesn’t even have the right to privacy. He further substantiated the cases of Puttaswamy v. Union of India relied by the petitioner with respect to personal liberty to which he stated that none of the cases referred dealt with the corporation's liberty. He also contended that Article 14 and Article 20 do not apply on the petitioner if he is called as a person for expert deposition before the Committee.

The next major submission made by Dr. Rajeev Dhawan was that Salve's argument that the only function performed by the Legislature is of Legislating is a travesty. He further submitted that the Legislature's primary functions are Committees and working with people.

"We would become a fascist state if we equate peace and harmony to public order and police.", Dhawan submitted.

Dhawan: No, the prayers cannot be enforced against the Committee.

Justice SK Kaul: Other than how the Committee operates, does the Committee have a suo moto existence of its own? If yes, then the notice would have been issued by the Committee & not by the Legislative Assembly.

While arguing on the Committee's incompetency to summon the petitioners, Dr. Dhawan submitted that the jurisdictional question had to be decided based on Public Order and Police and Entry 31, which dealt with communications. To substantiate his argument, Dhawan stated that the Delhi Legislative Assembly maintains Peace and Harmony through many instrumentalities such as Delhi Mohalla Clinic.

Today's hearing concluded with Dr. Dhawan contending that if what Mr. Salve argued is correct, it disempowers every single Legislature to summon non-member. The entire Committee process would come to an end. It will only consist of political leaders.