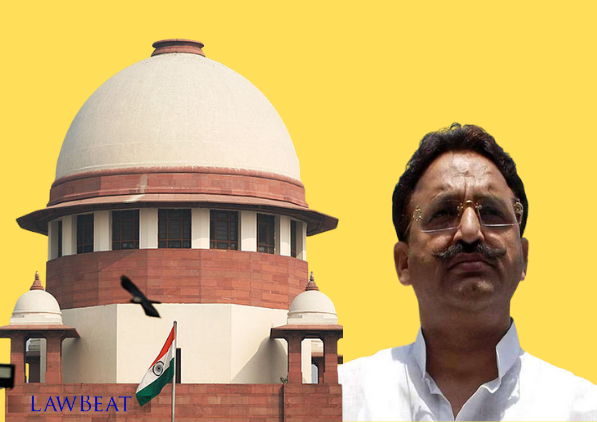 The Punjab Government has defended retention of accused Mukhtar Ansari, charged with murder of BJP MLA Krishnanand Rai at Rupnagar Prison in a plea seeking his transfer to Ghazipur, Uttar Pradesh.

Before a bench headed by Justice Ashok Bhushan, Solicitor General stated that the averments by Punjab Government in its affidavit before Supreme Court stipulated the Government's extensive support to a terrorist.

"Even assuming that the petition is filed under section 406 CrPC of the same is not maintainable as it can only be filed by an application by Attorney General of India or by a party interested. The state of UP is not an interested party in Trial Case pending before Judicial Magistrate Mohali for which transfer is being sought."
- Punjab Government in SC

The Solicitor General submitted before top court today that it was indeed surprising that the Punjab Government was supporting a terrorist and that identical contentions had been raised by the Government as well as the accused against U.P. Government's petition.

"It is also respectfully submitted that the responsibility of ensuring safe custody, wellness and good health of Respondent no. 3 while in custody is solely that of answering respondent," states Punjab Government.

Ansari has further defended his retention by Punjab Government by stating in his affidavit that he is part of a family which has made immense contribution to the Indian Freedom Movement and has given India many leaders in the name of Shri Muhammad Hamid Ansari who was the Vice President of India.