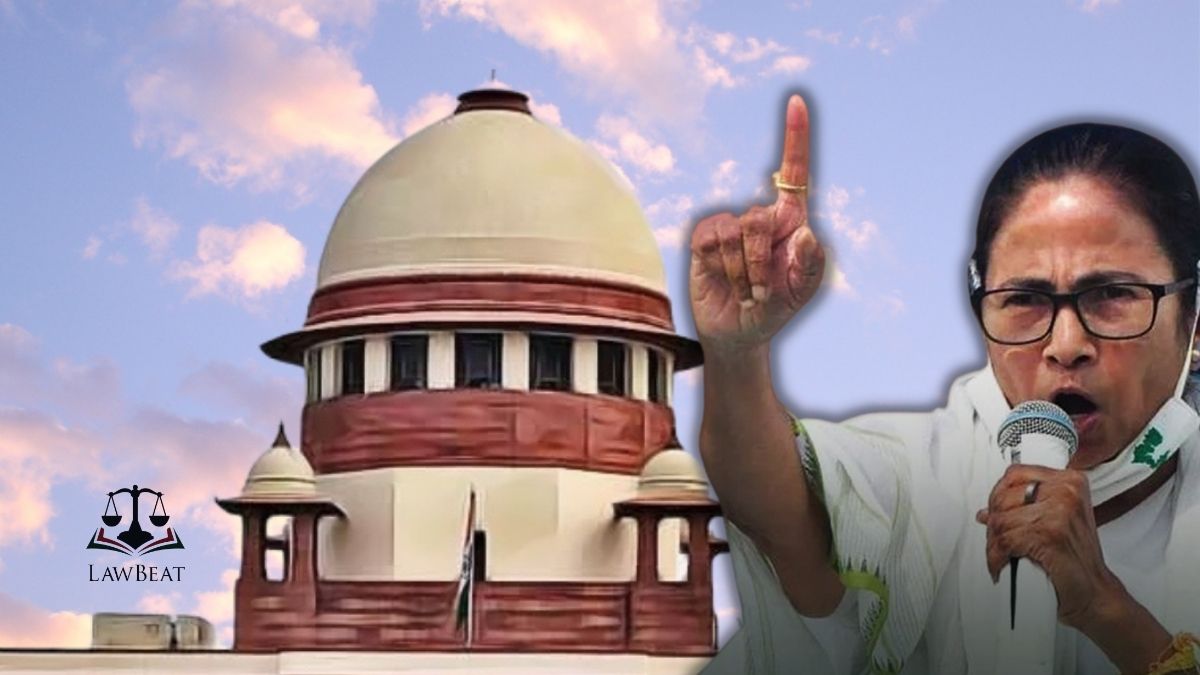 The West Bengal Government has informed Supreme Court that NHRC appointed Committee which was mandated to look into post poll violence cases has made "incorrect" and "misleading statements" in its report while observing that merely 3% arrests have been made in total cases and that in fact, the percentage goes upto approximately 58%.

"The data submitted by the Petitioner State in its Exception with respect to 1429 cases initiated by it will show that there are total 8852 accused; Number of arrests/ persons surrendered/ enlarged on bail is 5154; Notices served under Section 41A Cr.P.C are 2989. Hence, the percentages of arrests/ persons surrendered/ enlarged on bail comes to approximately 58% and not less than 3% as contented by the Committee," West Bengal Government tells Supreme Court.

While highlighting alleged discrepancies, it has been stated that in 8 of the the chargesheeted murder cases by CBI, the NHRC had specifically stated that there was no political angle involved.

Further to this, it is averred that though the State Police had registered 30 cases of Murder/ culpable homicide till 20th May 2021, 24 (and not 30) cases relate to incidents which can be designated as poll violence, said to have occurred between May 2 to May 5, 2021.

The Mamata Banerjee government has claimed that 13 extra cases that find mention in the list of 32 murder cases which are not related to post poll violence, but are murders in connection with incident prior to declaration of poll result, Personal enmity, Family disputes, Trade dispute, Alleged medical negligence, Child Sexual assault and murder.

"It is admitted that the State had received 3,384 complaints from different Commissions, out of which 651 FIRs were registered. In 405 cases, NCR have been submitted in Court. Whereas, a total of 1,356 complaints were found to be untrue.,"
- West Bengal informs Supreme Court

The CBI is unequipped in dealing with "such a large volume of case", the West Bengal Government has informed Supreme Court in the plea challenging the Calcutta High Court order which handed over Post Poll Violence cases of serious to CBI from the State machinery.

"Moreover, the CBI’s track record in filing timely charge sheets and achieving convictions is woefully poor," West Bengal contends, "and therefore their competence to investigate in a timely manner cases of such significance is evident from their poor track record".

Alleging that "this election was perhaps the most bitterly contested and polarised elections in recent history" and "the entire atmosphere in West Bengal was vitiated by the Bhartiya Janta Party (‘BJP’) during the election process," the West Bengal Government has questioned as to why a fact finding committee with people from BJP were appointed.

"In that context, it is per se discriminatory and unconscionable that a BJP dominated Committee carried out the purported fact finding exercise in relation to the alleged post poll violence incidents"
- West Bengal to SC

The matter was listed on Monday in Supreme Court and the Court has put up the case on September 28, indicating that it will be finally disposed off.

A bench of Justice Vineet Saran & Aniruddha Bose inquired as to whom Senior Advocate Mahesh Jethmalani appeared for. Jethmalani said he was appearing for one of the petitioner(s) before Calcutta High Court. On being informed that he was on Caveat, Top Court considered it appropriate that the cases be heard in finality.

All parties have been directed to file any other relevant materials by Friday this week and Written submissions by Kapil Sibal for the State and Mahesh Jethmalani (for one of the petitioners) have come on record.

An eloquence of Senior Advocates including Harish Salve, Mahesh Jethmalani and Kapil Sibal appeared in the case along with advocates Priyanka Tibrewal, J Sai Deepak and Suvidutt MS appeared for some of the petitioners before the Calcutta high court.

Case Title: State of West Bengal & Ors. Vs. Union of India and Ors.