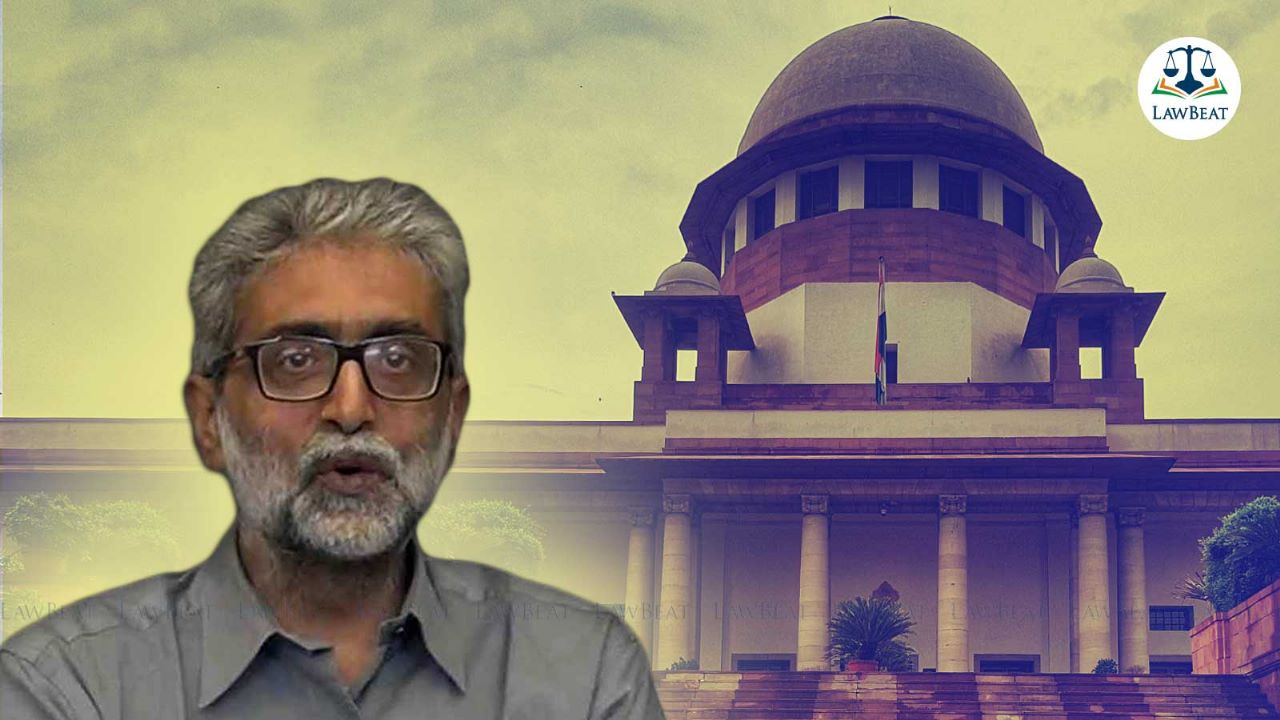 Navlakha is currently placed under house arrest on account of a Supreme Court order of November 10, 2022

Navlakha, who is accused of having Maoist links was allowed to be shifted from Taloja Central Prison due to medical ailments. Navlakha was arrested by Pune police from Delhi on August 28, 2018 in connection with the Elgar Parishad case. He was initially kept under house arrest but subsequently sent to judicial custody in Taloja Central Prison in April 2020 after a Supreme Court order.

The Court while allowing Navlakha's plea, had imposed certain restrictions on him, as advised by the National Investigation Agency (NIA).

When arguments were being heard for Navlakha's plea seeking house arrest last month, Additional Solicitor General SV Raju told the Supreme Court that Navlakha is alleged to be in touch with Kashmiri Extremists, ISI and the government could not control him while he was under house arrest.

Referring to the latest medical report submitted by Jaslok Hospital, ASG Raju had further told court that there was nothing wrong with Navlakha. Solicitor General Tushar Mehta had then informed the Supreme Court that Navlakha was being provided regular medical treatment.

Court had earlier directed that Navlakha be taken to a hospital of his choice, immediately for a thorough check up, and receive further treatment.

Last month, while hearing a plea filed by Navlakha, seeking house arrest, Court was of the opinion that the fundamental rights of an individual are of utmost importance and had accordingly directed to take him to a hospital of his choice.

On Monday, Bombay High Court also issued notice on his plea seeking regular bail and sought a reply from the NIA.

Recently, a Special NIA court had rejected the bail application of Gautam Navlakha stating that the crimes he is alleged of committing were very serious in nature and that there was prima facie material against him. Special Judge Rajesh Kataria had noted, “After perusal of the chargesheets, there is ample material against Gautam Navlakha. Prima facie, Navlakha seems to be connected with the alleged offence."

In April this year, the Bombay High Court had dismissed the plea moved by Navlakha, seeking direction to be placed under house arrest till the completion of the trial. He had also demanded transfer from Taloja Prison on grounds of his advanced age and medical ailments.

The High Court had opined that considering the gravity and serious nature of the crime, Navlakha did not qualify for his detention under house arrest.