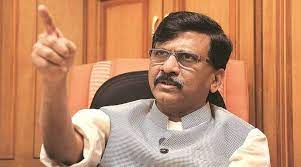 The Bombay High Court on Wednesday dismissed a 39-year-old woman's plea alleging that she was harassed and stalked by some people at the behest of Shiv Sena MP Sanjay Raut and her husband.

The petitioner, who is a resident of the city, had urged the High Court to direct the police to investigate three complaints lodged by her in 2013 and 2018 against unknown persons, and initiate action against the deputy police commissioner (DCP) of Zone VIII in the city.

A division bench of Justice S S Shinde and Justice N J Jamadar had reserved its verdict on her plea on July 22.

The bench on Wednesday directed the petitioner to "follow the process of law and approach the appropriate subordinate court" to raise her grievances pertaining to the 'A-summary' report filed by the police in two cases and a chargesheet in the third complaint.

An 'A-summary' report is one where the police seek to close a probe in a case, where they find that although an offence is made out, there isn't enough evidence against the accused persons.

The woman, through her counsel, Abha Singh, had told the court that the DCP of Zone VIII, where she had lodged her complaint, had failed to follow the directions of the National Commission for Women while registering such complaint.

The petitioner had told the court that the people who "stalked and harassed" her had done so in connivance with Raut.

On June 22, the High Court had directed the Mumbai police commissioner to look into the grievances raised by the woman and submit a report on the matter.

Chief public prosecutor Aruna Pai had submitted on behalf of the police that a chargesheet had been filed in one of the complaints, and A-summary reports had been filed in the other two matters. Hence, further investigation was not required.

Pai further argued that the woman's pleas in the High Court were not maintainable.

A detailed order of the High Court in the matter is awaited.