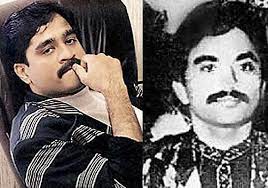 Chhota Shakeel operates an international criminal syndicate from Pakistan and is involved in extortions, narcotics smuggling, and violent terrorist activities in India.

The NIA had registered a suo-moto case against Dawood Ibrahim's crime syndicate on February 3, 2022.

The press release further stated that “they indulged in Arms Smuggling, Narco-Terrorism, Money laundering, Circulation of FICN and are in unauthorized possession/involved in the acquisition of key assets for raising terror funds and working in active collaboration with international terrorist organizations, including Lashkar-e-Taiba (LeT), Jaish-e-Mohammad (JeM) and Al Qaeda (AQ).”

As per the NIA, the investigation has revealed that both the accused were involved in illegal activities of D-Company and were indulging in terror financing in the western suburbs of Mumbai.