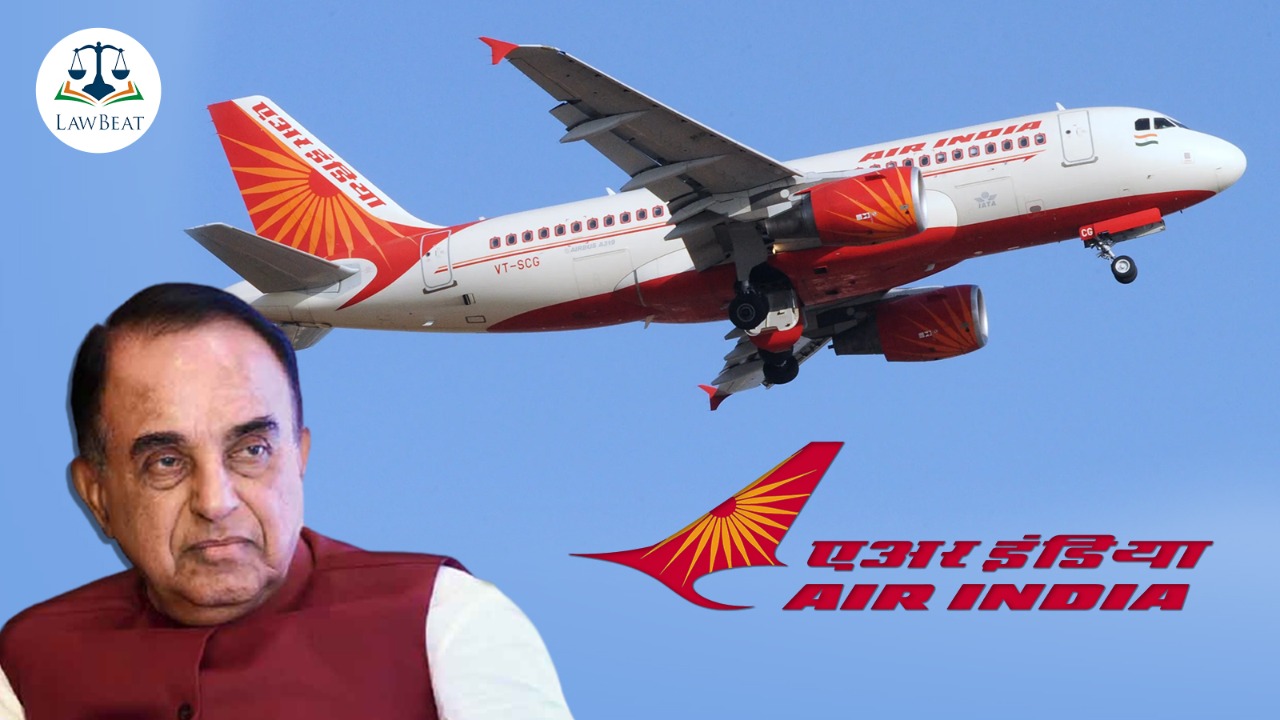 Earlier, the Government of India had argued that the process was part of a policy decision, beyond the scope of judicial review, whereas Dr. Swamy appearing in person, had alleged that, “The bidding and disinvestment process was illegal, corrupt, mala fide, and rigged in favour of Respondent No. 6 (Talace, a fully owned subsidiary of Tata Sons Pvt Ltd) which is a subsidiary of the Tatas."

He had stated that "the bidding process was collusive and favoring a particular party (Tatas)."

Questioning the process he had informed the Bench that one of the parties participating in the bidding process, SpiceJet, was itself undergoing insolvency proceedings at the time of bidding, with Madras High Court having issued orders for winding up of SpiceJet.

Therefore, he said Spicejet "was not eligible to take part in the bidding process", at all.

"This means there was only 1 bidder - this is one aspect to be looked into," Swamy pointed out.

On the contrary, Solicitor General of India (SGI) for Government of India stated that there were 3 facts to the matter, which, if clarified, may ensure that the petition does not survive at all.

The SGI further said that Talace and Tata Sons "have nothing to do with Air Asia."

He contended that, “Air Asia facing something - 2013, '14, '15 something is pending, is wholly irrelevant for our purposes. SpiceJet facing some proceedings etc is also completely irrelevant because Spicejet was not part of the Consortium.”

"Government has managed to sell Air India. The employees are already tense about when they're going to get paid. One can go on repeating ad nauseum, this is corrupt, it is mala fide, but there are no particulars. Air India was making huge losses," he added.

Swamy however said that, "The issue is not just of loss - just because a PSU is making losses doesn't mean it has to be sold. It's also about management. Profitable routes have been handed over to Emirates, etc - so there are many reasons for the loss. It's not about loss, it's about procedure."

Swamy also pointed out Tatas' involvement in Air Asia, in dubious transactions in Dubai, and said that he is "not against the policy of disinvestment."

He said, "I've always been a supporter of free markets and have been heavily criticized by the Left Wing for that."

Having heard all the parties at length, the Court went on to reserve orders for January 6, directing the Government to file a short "note in the matter by today, and to serve a copy of the same to Dr. Swamy."

"Dr. Swamy will file his note, if any, by tomorrow. We shall pass orders on Jan 6."

Cause Title: Dr. Subramanian Swamy vs Union of India