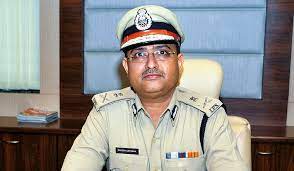 Earlier the court had reserved its order on the plea after hearing the parties at length.

Advocate BS Bagga appearing for petitioner Sadre Alam had submitted before that his petition was not a copy paste of Centre For Public Interest Litigation's (CPIL) plea in the Supreme Court, as alleged, since the Supreme Court itself had directed the High Court to hear his petition.

Bagga had argued that the Prakash Singh judgment is applicable to the Police Chief and in the present case it is the Commissioner of Delhi Police. Relying on Rule 16(1) of the  All India Services (Death-Cum-Retirement-Benefits) Rules 1958, Bagga submitted that Asthana is ineligible for further extension.

Bagga also pointed out that the appointment was made by relaxing Rule 16(1) which could only be given when it was applicable. Bagga submitted "how can the rule be relaxed, when it doesn’t even apply to DGP?"

Advocate Prashant Bhushan appearing for intervenor Centre for Public Interest Litigation (CPIL) had submitted that though the Union Government in its affidavit prayed for dismissing the petition as mala fide but had said that the benefit should not go to CPIL which has filed a petition in the Supreme Court. This Bhushan argued was done so as to prevent Bhushan from arguing his case in the Supreme Court.

Arguing that the Centre had violated the Supreme Court directions in Prakash Singh Judgement, Bhushan had submitted that “the Centre cannot appoint anybody on the verge of retirement, one has to have a minimum of 6 months left for retirement. Moreover the 3 names for filling the highest ranks had to come from the Union Public Service Commission (UPSC) but the UPSC was not even consulted in this case.”

Bhushan also argued that these directions are for all Union Territories and state Police Chiefs and the Police Commissioner of Delhi is the state police chief and hence the judgement applies to this case.

Bhushan had submitted that Asthana has been appointed for 1 year however the judgement says he has to be appointed for a minimum of 2 years. Hence this way the Centre had violated the law laid down by the Supreme Court in Prakash Singh’s Judgement.

Bhushan further submitted that Inter cadre deputation is applicable only after completion of 9 years service and for those officers who were below 14 pay scale but Asthana is in highest level of service where there is no question of inter cadre deputation.

Solicitor General of India Tushar Mehta appearing for Centre had submitted that Bhushan had made a “self complimentary” statement based on the Centre’s affidavit. “Just because I have opposed the main petition that does not give him benefits to abuse the law”, said Mehta.

Mehta further alleged that Bhushan was distributing copies to the media and the petitioner copied the petition for “cheap publicity”. “Now PIL is an industry, its a career itself”, remarked Mehta.

Arguing that PILs are not maintainable in service matters Mehta submitted that the decision making process of appointing officers may not be subject to judicial review of the court.

Mehta argued that Prakash Singh judgement was not applicable to States and Delhi was not a state but a UT which did not have a separate cadre like other states and had a common cadre called AGMUT.

Senior Advocate Mukul Rohatgi appearing for Asthana submitted that “The PIL filed by Mr Alam is not a genuine PIL apart from the fact that PIL cannot be filed in service matters. The PIL is a proxy for somebody who does not want Asthana  to be the Commissioner of Police, Delhi.”

Rohatgi argued that apart from being an advocate there is no credentials of the petitioner in filing the present petition. Moreover there is no grave urgency for this petition and  neither it is in public interest.

Arguing that Centre had appointed Asthana because of his competence Rohatgi submitted “What is the harm that will be caused. He has 40 yrs experience.”

Referring to various tweets of Bhushan against Asthana, Rohatgi submitted “ Neither the petitioner nor the interventionist is entitled to be heard by this court because of their mala fide petition and no social media campaign can be run against government functionaries.”

The petition has sought quashing of the order/communication dated Jul 27 of the Appointment Committee of the Cabinet (ACC) granting inter-cadre deputation and extension of service to Asthana.

Filed through Adv. BS Bagga, the petition said that the impugned orders are in clear and blatant breach of the directions passed by the Supreme Court of India in Prakash Singh case as Asthana did not have a minimum residual tenure of six months at the time of his appointment as Commissioner of Police since he was to retire within 4 days.

Further, no Union Public Services Commission (UPSC) panel was formed for the appointment of the Delhi Police Commissioner and the criteria of having a minimum tenure of two years had been ignored, it alleged.

The petitioner had submitted that “the post of Commissioner of Police in Delhi is akin to the post of DGP of a State and he is the Head of Police Force for the NCT of Delhi and therefore, the directions concerning the appointment to the post of DGP passed by the Hon'ble Supreme Court of India in Prakash Singh case (supra) had to be followed by the Central Government while making the impugned appointment. However, the same have been given a complete go-by the Central Government”.

The petition thus sought a direction to the Union Government to initiate fresh steps for appointing the Commissioner of Police, Delhi, strictly in accordance with the directions issued by the  Supreme Court of India in the Prakash Singh case viz., (2006) 8 SCC 1,(2019) 4 SCC 13and (2019) 4 SCC 1 of an officer of the AGMUT cadre.