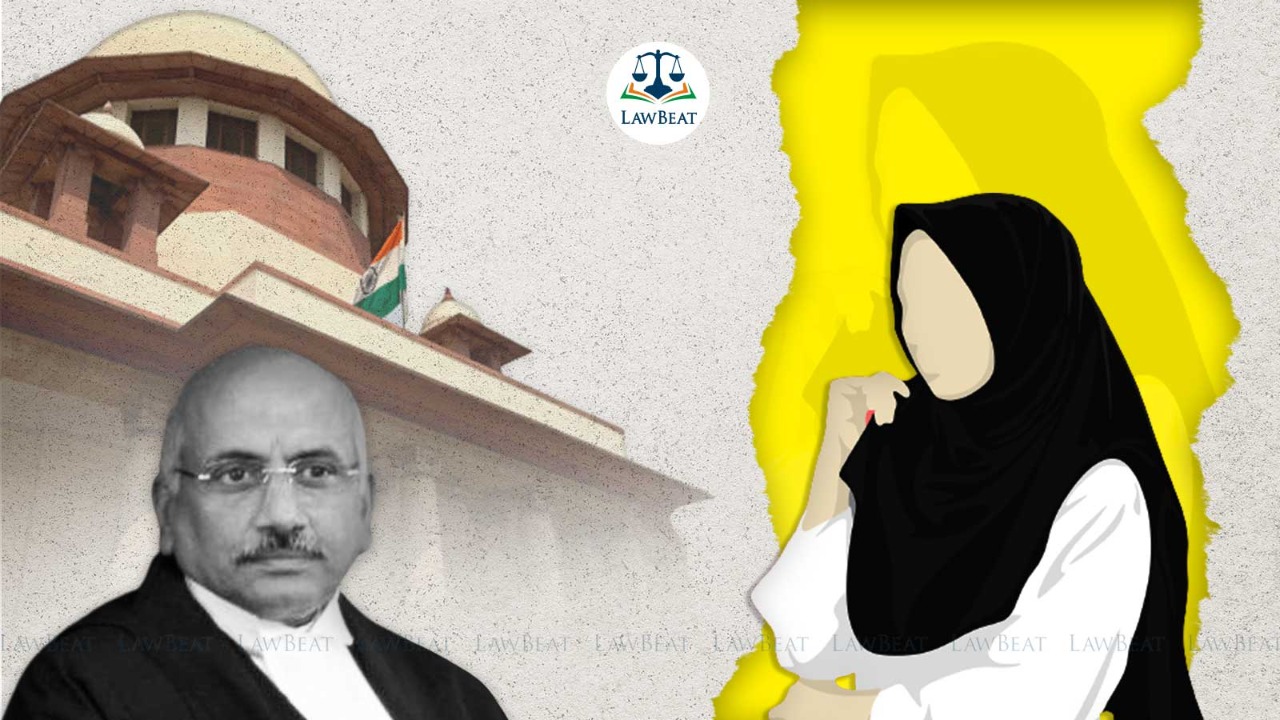 Previously, the government disallowed wearing hijabs in pre-university institutions and ruled that it is not an ‘Essential Religious Practice’ (ERP) of Islam.

The judgment reserved by the Supreme Court in the hijab matter, has been pronounced today, where both the judges delivered judgments separately, and in case they were to differ, the case would have to be then referred to a larger bench (according to the causelist). Justice Hemant Gupta drafted 11 questions, to which he answered in negation. Therefore, dismissed the appeal, holding hijab not an essential religious practice that impinges on the fundamental rights. Further upheld the impugned GO and the Karnataka High Court judgment.

A Bench of Justice Hemant Gupta and Justice Sudhanshu Dhulia was hearing the matter which came before the court after Karnataka High Court upheld the decision of the Karnataka Government. The government disallowed wearing hijabs in pre-university institutions and ruled that it is not an ‘Essential Religious Practice’ (ERP) of Islam. This ruling has been vehemently debated upon in the last few days, while the other party cited reasons and rationale on the validity.

Some of the arguments raised were:

On the Karnataka High Court Judgment, Senior Advocate Colin Gonsalves commented, “The judgment of the High Court is from a perception of the majority community where the minority view is seen very partially, It is a majoritarian judgment. It does not have constitutional independence”.

Senior Advocate Hufeza Ahmadi had asked the Court, that if the parties are contending a violation of a right of others if girls were to wear a hijab, then they should be able to point out which fundamental right of other students was infringed. And that the parties did not.

A subsequent issue that was raised, was on the eligibility and the understanding of the Court of a matter that pertains to a ‘minority group’. The issue was raised by Senior Advocate Colin Gonsalves where he submitted that, “Constitutional morality is the ability to see an issue through the eyes of a minority. A person from majority cannot understand quickly, they are yet to learn”.

He further had asked the Court,

‘if tomorrow there is a circular saying you cannot wear a turban, can you say that it does not target Sikhs? The circular has to be read as a whole’. And further said, ‘The target is only a headscarf, and it does not not take much inquiry to know which community wears a hijab’.

And indicated that the focus of the teachers should be on education and not on discipline and uniformity. Further, he indicated a small percentage of girls wearing a hijab, and said that even if it is small, what purpose would be served with that kind of discipline is enforced.

Senior Advocate Devdutt Kamat, cited Kannada terms to establish that the term used was Public order, and not law and order. He said, ‘Saarvajanik Suvyavasthe’ was used everywhere which means Public Order. And objected to the contention that there nobody was wearing a hijab till 2021, as there is no pleading to what was contended.

He had further given an instance drawing a parallel to the situation, he said,

‘I wear a namam to school in a Muslim locality, and they take an offence and get provoked, and in turn even they start wearing green shawls and what not, would that be restricted too? It has to be seen where the State’s power rests to restrict it’.

Senior Advocate Sanjay Hegde, had ended his argument by saying, ‘if you make an order which has an effect to create an exclusion, would that be fair and reasonable?’.

Senior Advocate Prashant Bhushan and Senior Advocate Kapil Sibal, had contended that, “it may not be necessarily prescribed as an essential practice by Islam, I may still be allowed to wear it . If I bonafidely believe that it is an essential practice of my religion then it is protected under Articel 25”. And that it has acquired a religious identity because certain women wear it habitually. Further asked to proscribe ‘all symbols of religious identity’ which are many, when proscribing hijab from schools.