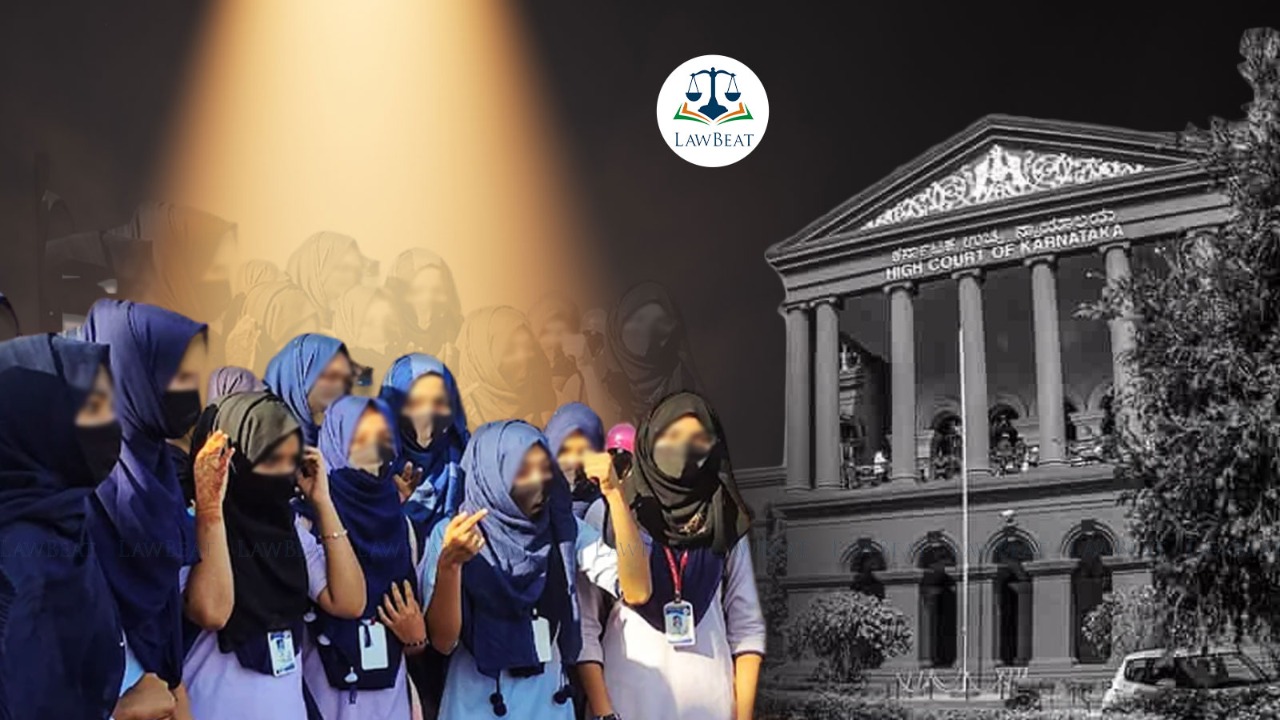 An intervention application has been moved before the Karnataka High Court challenging the original petition's argument that Hijab is an essential practice in Islam in plea(s) by girl students challenging the alleged ban of wearing Hijab in government pre-university colleges in Udupi district.

The application has been filed by activist Sanjeev Newar, journalist Swati Goel Sharma and scientist Vashi Sharma through advocate Shashank Shekhar Jha, Abhimanyu Devaiah, Kundan Chauhan & Rajan Sri Krishnan, stating that the "Five Pillars of Islam namely Shahada, Salat, Zakat, Sawm and Hajj" do not include Hijab and thus it isn’t a core practice as per Islamic rules.

In addition to this, the application has challenged the Quranic source used by lawyers of original petitioners to argue that Hijab is an essential practice of Islam, by citing more than 15 verses from the source that spread hate against polytheists, unbelievers of Islam and idol-worshippers.

The plea has raised the issue that, "If the interpretation mentioned by the [original] petitioners is being considered by this Hon’ble Court, will the interpretation presented by the applicants from the same source of verses about violence against idolators, polytheists and disbelievers of Islam be also considered “essential practices” of Islam?”

It further contends that validating Hijab as essential religious practice will be a regressive step for society in general and women in particular, and demands for Hijab are a ploy to subjugate women by forcing it on women who have not worn it for generations and further legitimise hate against the ‘unbelievers’.

The petitioners have also submitted, Hindu religious texts that mandate practices such as carrying kamandal and long sticks for students. "What if Hindu students begin demanding permits to carry these in educational institutes in the name of essential religious practices," the plea added.

As per the latest development in the matter today, the Karnataka High Court declined to grant an interim relief to degree college students from Udupi who sought the court to direct the college to permit them to wear Hijab.

The court noted that since the order of the full bench of Karnataka High Court is still in place, no relief can be granted by a single judge. According to reports, the petitioners who sought the relief are students of Bhandarkar College of Arts and Science.