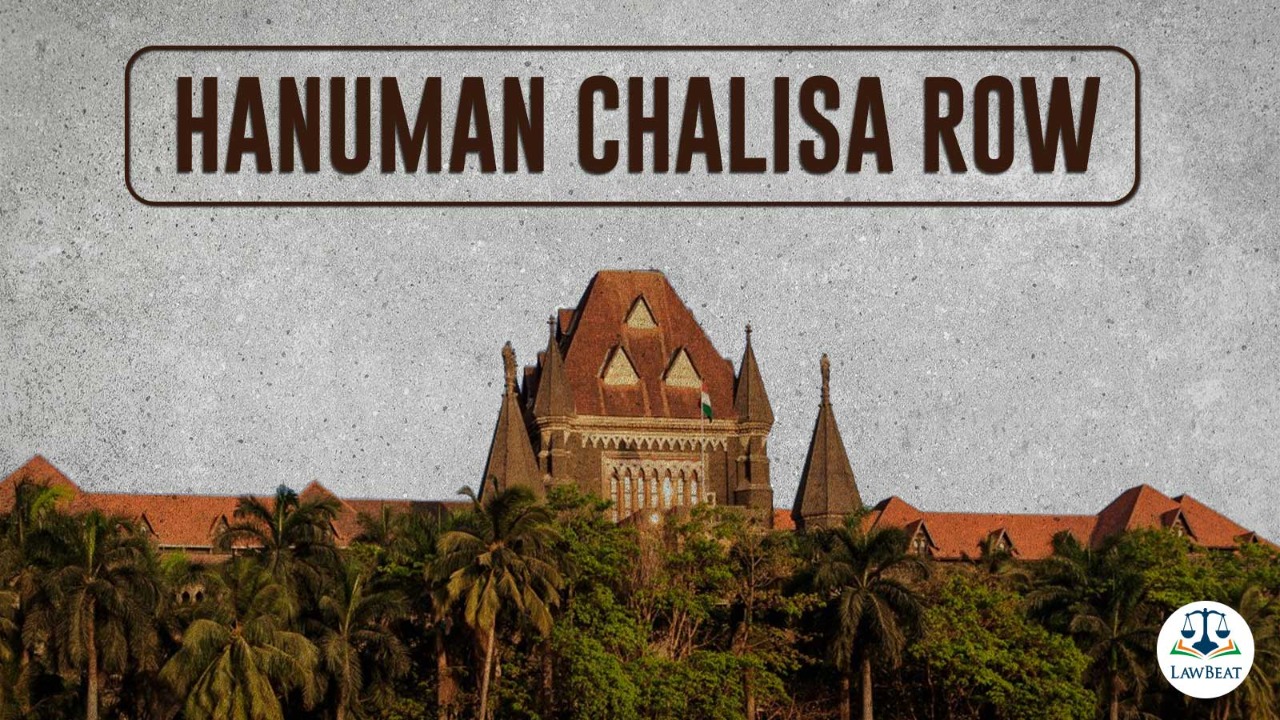 The Bombay High Court today refused to quash FIR filed against Member of Parliament Navneet Rana & MLA Ravi Rana, registered in connection with the declaration that the duo will recite the Hanuman Chalisa outside CM Uddhav Thackeray's residence and upon allegedly resisting arrest.

A bench of Justices PB Varale and SM Modak while stating that it was unable accept submissions of their Counsel, Mr. Merchant, added that it did in fact find merit in submissions of State Government.

The bench said noted that a "declaration that a person would recite religious verses, either in personal residences of another or even at a public place is certainly a breach of personal liberty of another person" and "that the state government was justified in apprehending that reciting of religious verse on street would lead to disturbance in law and order".

Bombay High Court clarified that it expects persons who are in positions of power to act responsibility.

During the hearing, it stated that it has repeatedly asked those in power to behave responsibly but it has now "learnt a lesson" that the same often falls on deaf ears.

The bench has found considerable merit in contentions of Special Public Prosecutor today and said that the state was justified in making reference to FIR where it discloses that they would recite religious verses in personal residence of CM.

Court said, “Since second FIR is registered against petitioners in the case, the state government is desirous of initiating any action pursuant to the second FIR. The officers of state govt shall issue 72 hours notice to petitioners before taking such action.”

Member of Parliament Navneet Rana & MLA Ravi Rana had approached the Bombay High Court seeking quashing of FIR(s) against them for announcing that they will chant Hanuman Chalisa, a devotional hymn for Hindu God, Lord Hanuman outside Chief Minister Uddhav Thackeray's residence. The couple has been charged with Sedition, ANI reported.

According to the FIR, the couple was booked under sections 153 (A) (promoting enmity between different groups on grounds of religion, race, place of birth, residence, language, and doing acts prejudicial to maintenance of harmony) and 353 (assault or criminal force to deter public servant from discharge of his duty) of the Indian Penal Code (IPC), and Section 135 of the Mumbai Police Act (violation of prohibitory orders of police). Later, the police also added section 124-A (sedition) against them.

On Sunday, a Mumbai court had remanded the Rana's to a 14-day judicial custody, a day after they were arrested in connection with their announcement.