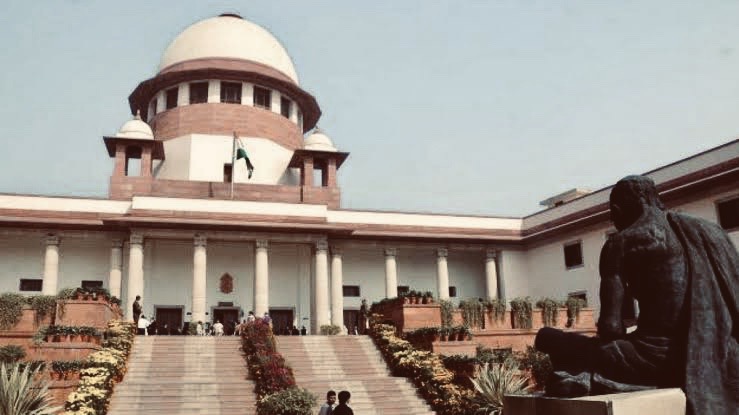 The Supreme Court on Monday stayed the bail of a former Bajrang Dal leader and sent him back to jail for allegedly leading a mob that killed a police officer in Uttar Pradesh’s Bulandshahr district in December 2018.

The Bench of Justices Sanjay Kishan Kaul and MM Sundresh observed that it was a serious issue of lynching a police officer under the suspicion that he participated in cow slaughter,

"The matter is quite serious where under the pretext of the cow slaughter, a police officer has been lynched. Prima facie, it is a case of people taking law into their own hand."

The Bench was hearing a petition filed by Rajni Singh, the wife of Inspector Subodh Singh, who was assaulted by a mob and shot dead on the pretext that he had participated in cow slaughter.

A mob violence incident at Syana in Bulandshahr took place on December 3, 2018. The violence erupted after cattle carcasses were reportedly found in a nearby village. Yogeshraj and others were accused of leading the mob and instigating it to attack police with illegal firearms, sharp objects, and lathis.

The Senior Advocate Sanjay Hegde appearing for the petitioner, argued that Yogeshraj instigated the incident of mob violence that claimed the life of Inspector Singh.

The Allahabad High Court had granted bail to Yogeshraj to maintain parity with other co-accused who had been enlarged on bail. However, the petitioner claimed that not only is the accused a flight risk, but he also holds power to influence witnesses during the pendency of the trial.

In view of the arguments made, the Bench decided to stay Yogeshraj's bail and ordered him to surrender within seven days and also called for a report from the trial court in Bulandshahr as to how much time would be required for framing of charges and recording of witness statements,

“We are of the view that Yogeshraj should be asked to surrender within a period of seven days from today and thus to that extent, the impugned orders granting him bail are stayed. We call for a report from the trial Court, Bulandshahr as to how much time do they need to frame the charges and to record the testimonies of the independent witnesses,” noted the Bench.

The matter is listed to be heard next after three weeks.