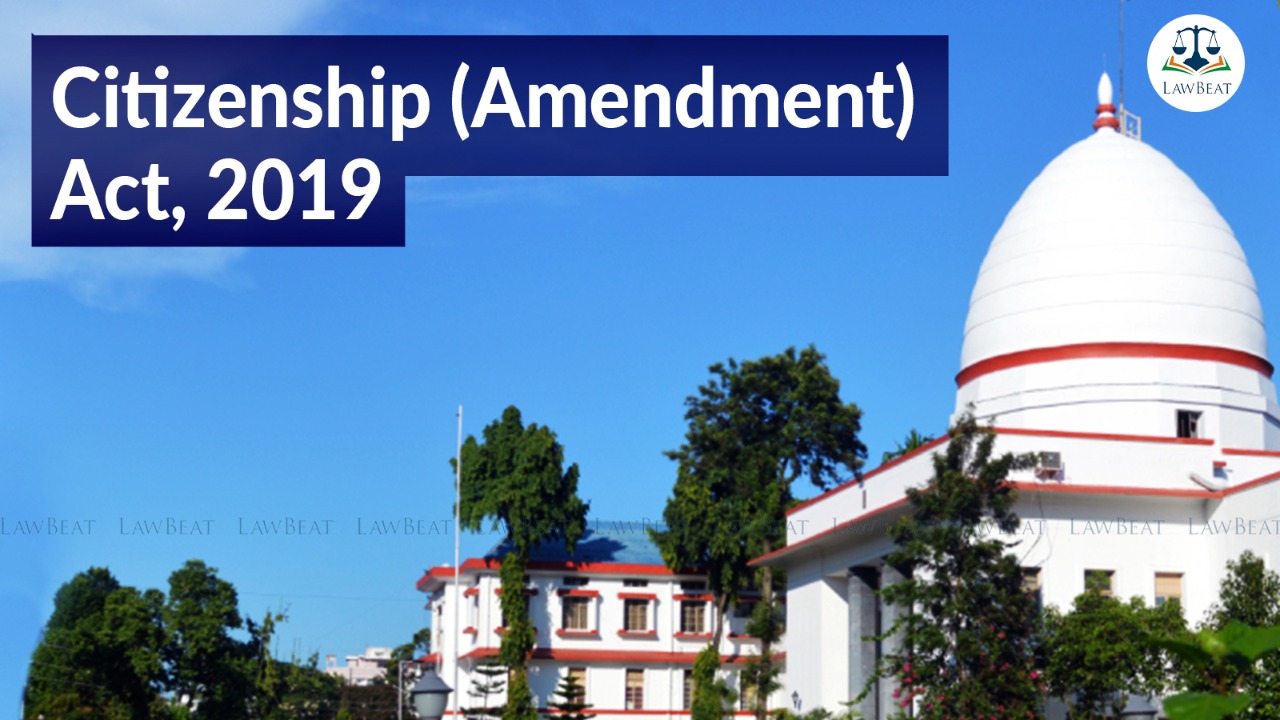 The Guwahati High Court has directed a Hindu man, who had migrated from erstwhile East Pakistan (now Bangladesh) to India in 1964, to apply for the country's citizenship by taking benefit of the Citizenship (Amendment) Act, 2019.

Setting aside the Foreigner Tribunal's order declaring the man as an illegal migrant, the division bench of Justice N. Kotiswar Singh and Justice Malasri Nandi said that though the man had entered Indian territory without valid documents he is not an illegal migrant as per the benefits made available to him under the Amendment Act of 2019.

While directing the man to make an application for registration as a citizen of India under Section 5 of the Citizenship Act, 1955 immediately, before the competent authority, the Court also stressed that till consideration of his such application, he shall not be subjected to any coercive action by the State/authorities.

[Note: The order of the Gauhati High Court can't be implemented unless the Ministry of Home Affairs (MHA) notifies the Citizenship (Amendment) Act, 2019 Rules which are yet to be notified.]

In the present case, at the age of 2 years, Bablu Paul had come to India from East Pakistan (now Bangladesh) sometime in the year 1964 along with his father and grandfather and stayed in Calcutta till 1984 before shifting to Assam in 1984.

Upon migration, Paul's family were given refugee status by the Government of India, and a certificate in this regard was also issued by the West Bengal Government to them.

However, the Foreigners' Tribunal-II, Karimganj, Assam had declared Paul as a foreigner, considering him to enter India illegally from Bangladesh on or after March 25, 1971 (as he had shifted to Assam in 1984). Paul had moved the High Court challenging this order.

Paul had argued that he is to be treated as an Indian as his grandfather was an Indian citizen who was casting vote since 1966 whose name was found in the voter list of 1966. However, the Foreigner Tribunal had taken the view that even if he along with his father had come from East Pakistan in the year 1964, he was born in East Pakistan and remained along with his family in Calcutta till 1984. The Tribunal had also found that Paul had collusively obtained the documents pertaining to his family members' refugee status.

Initially, the High Court noted that though Paul had entered India from the specified territory i.e. East Pakistan, now Bangladesh, before January 1, 1966, he could not avail the benefit of deemed citizenship under Section 6A(2) of the Citizenship Act, 1955 as he did not fulfill all the conditions stipulated in the said Section.

However, while considering as to what Paul's status will now be, as he had entered India in 1964 from East Pakistan and continued to stay in India, and whether he is to be declared a foreigner, the Court did not agree with the Foreigner Tribunal's decision.

It noted, "In this connection, one may notice the amendment made in sub-section (1) to clause (b) of Section 2 of the Citizenship Act, 1955 by the Government of India through the Citizenship (Amendment) Act, 2019."

The Court observed that this gives a window of opportunity for any person of Indian origin and who belongs to Hindu, Sikh, Buddhist, Jain, Parsi or Christian community, to get advantage of not being treated as an illegal migrant to get registration as a citizen under Section 5 of the Act.

Therefore, noting that though Paul cannot be considered as a legal migrant (he had entered without any legal documents) or deemed citizen, the Court held that as Paul is a Hindu who entered into India before December 31, 2014 and he was given permission to settle in India, he can get the benefit of citizenship if he applies for it.

Accordingly, the Court allowed Paul's appeal against the Foreign Tribunal's order and directed him to apply for citizenship.

Cause Title: Bablu Paul @ Sujit Paul vs Union of India