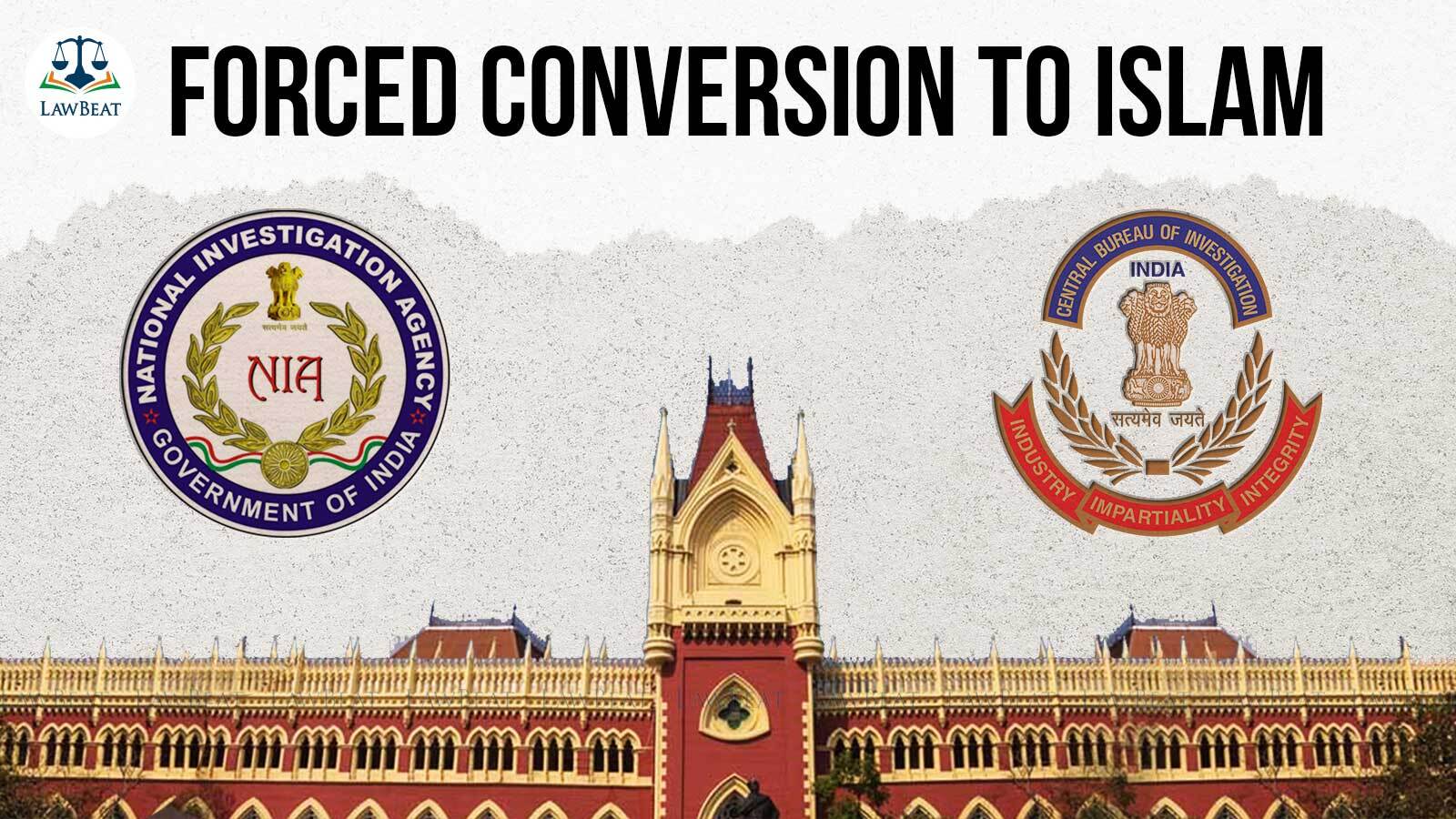 Justice Rajashekar Mantha of Calcutta High Court has directed the Central Bureau of Investigation (CBI) and National Investigation Agency (NIA) to probe into the allegations leveled by the wives of two political workers that their husbands have been forcibly converted to Islam by a political party as a punishment for supporting a rival political party.

The Court was informed that the husbands went missing on November 24, 2021 and now they go by the names Gousal Azam and Md. Ibrahim instead of their earlier names Gouranga Mondal and Buddhu Mondal respectively.

The wives sought relief before the court submitting that after their husbands went missing, they tried to lodge a complaint in the concerned police station, however, a civic volunteer, who was present there, tore up their complaint copy and informed them that their husbands have converted to Islam.

The women alleged that another complaint was filed before the Superintendent of Police, Malda, on December 8, 2021, however, the SP also did not take any steps as well. The women, thereafter, complained to the Chairman of the National Human Rights Commission but having received no response from any authorities, they had to approach the court.

Taking note of the submissions, Court expressed surprise that despite receiving complaints, the police did not register FIRs and the SP, Malda did not order any steps to be taken by the Police. The court, thus, ordered NIA and CBI to provide appropriate inputs from their side as regards the allegations in the plea against the inaction of the police in the matter.

Opposing the allegation of forceful conversion,  the counsel for the State of West Bengal, however, informed the court that the husbands had left their homes in view of a family dispute and are presently residing at Pratappur, Malda. He further contended that the husbands converted themselves to Islam voluntarily and refuse to return to their residences.

To this, Court noted, “It is not clear as to why the said affidavits have been affirmed and for what purpose.”

Further, Court has directed that the agencies must investigate other allegations including random forcible conversion, cross border infiltration, threats and intimidation, inter alia, by accumulation and storage of huge quantities of arms and ammunition and counterfeit currency. Court has asked the agencies to give such inputs in the form of reports by way of affidavit.

Superintendent of Police, Malda, has also been directed to extend necessary cooperation to the NIA and the CBI in this regard. Court noted, “The aforesaid allegations (cross border infiltration, ammunition etc) may not be directly in issue to the claim of the writ petitioners but appear vitally linked to the allegations of abduction and forcible conversion of the petitioners’ husbands.”

Court has directed the SP, Malda to independently submit a detailed report by way of affidavit, on the allegations of the petitioners, the steps taken by the police, any preliminary enquiry report, or any other vital information that will be necessary for the determination of the issues in the writ petition.