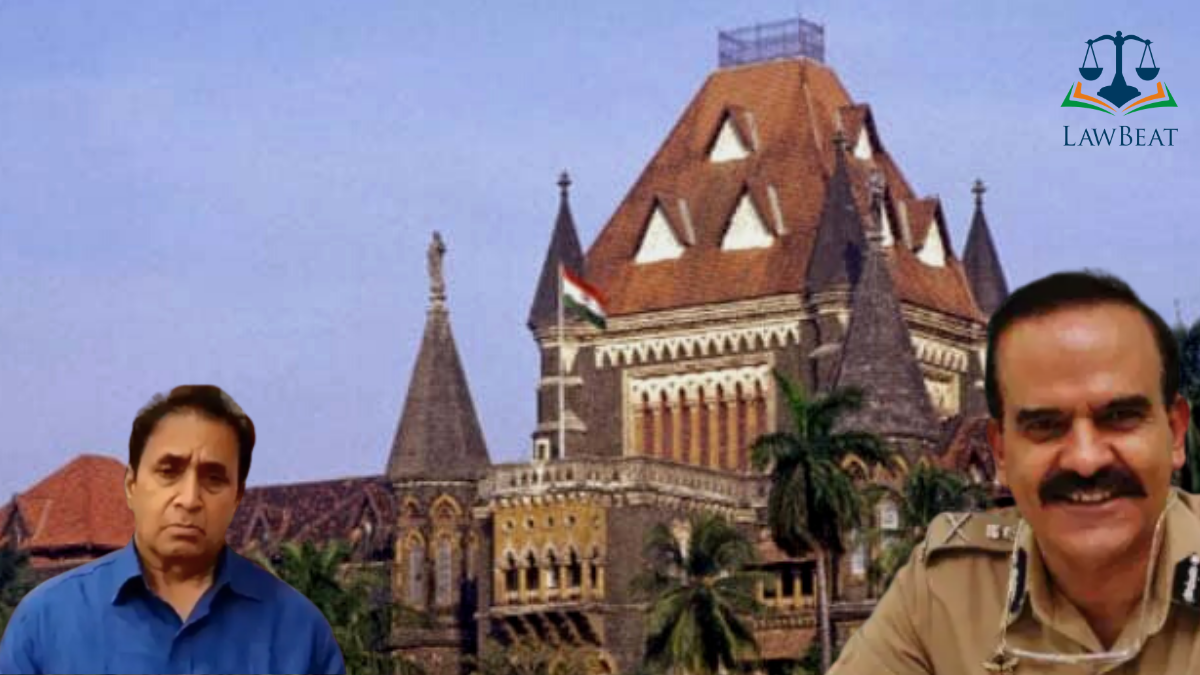 The Court had also agreed that the allegations were serious and warranted an independent probe.

"We agree with Nankani and Jha that it is an unprecedented case before the court... Deshmukh is Home Minister who leads the police... There has to be an independent enquiry... But CBI need not register FIR immediately or take up Patil's complaint", the Court had said.

The Bombay High Court on Wednesday had reserved the  order in a PIL filed by ex-Chief of Mumbai Police, Param Bir Singh, seeking a CBI inquiry into alleged corrupt malpractices of Maharashtra Home Minister Anil Deshmukh.

A Division Bench comprising Chief Justice Dipankar Datta and Justice GS Kulkarni had expressed dilemma over passing order for investigation in the absence of an FIR. The CJ observed that an FIR is the first step into setting the criminal law in motion.

Prayer had been sought against the alleged “malicious transfer” of the petitioner to Home guards department without expiration of the due tenure for transfer and CBI probe into the Antilia Bomb Scare Case.

Related to the Antilia bomb plant case, It was submission of the Petitioner that Shri Anil Deshmukh had been holding meetings in February, 2021 at his residence with police officers including Shri Sachin Vaze of Crime Intelligence Unit, Mumbai and Shri Sanjay Patil, ACP Social Service Branch, Mumbai, instructing them to accumulate Rupees 100 crores every month and had directed to collect money from various establishments and other sources.

It was also learnt by the petitioner that, on or about 24th or 25th August 2020, Rashmi Shukla, the Commissioner Intelligence, State Intelligence Department had brought to the notice of the Director General of Police, who in turn brought it to the knowledge of the Additional Chief Secretary Home Department, Government of Maharashtra about corrupt malpractices in postings and transfers by Shri Anil Deshmukh based on telephonic interception.

Consequently, She was shunted out rather than taking any firm action against said Shri Anil Deshmukh.

Further, it had been alleged that Shri Anil Deshmukh had been interfering in various investigations and was instructing the police officers to conduct the same in a particular manner as desired by him.

“Each such act of Shri Anil Deshmukh in abuse of the official position of the Hon’ble Home Minister, whether in calling and directly instructing the police officers of lower rank such as Shri Vaze or Shri Patil for his malicious intent of extorting money from establishments across Mumbai and from other sources, or whether in interfering in the investigations & directing the same to be conducted in a particular manner, or whether indulging in corrupt malpractices in posting / transfers of officers, cannot be countenanced or justified in any democratic State”, the plea categorically states.

Furthermore, it is placed on record that the petitioner had brought corrupt practices of the Home Minister into the knowledge of other senior leaders of the Party but resultantly, on 17.03.2021 an order vide Notification of the Home Department of the Respondent No. 1, the Petitioner herein was maliciously transferred from the post of the Police Commissioner of Mumbai to the Home Guard Department in an arbitrary and illegal manner without the completion of the minimum fixed tenure of two years, citing “administrative exigencies”.

Singh was recently transferred out of the department after an explosives driven vehicle was found outside Antilla, the Ambani residence.

The NIA is probing Waze's alleged role in placing an explosives-laden SUV outside Ambani's residence on February 25.

A bench led by Justice SK Kaul noted that the parties in the present case were hunky dory for a very long time and that many issues have come to the fore for which it is appropriate that the High Court is moved under Article 226.

"It is no doubt that the matter is quite serious in affecting the administration at large and whatever material has come in the public domain is the consequence of persona's falling apart. Liberty granted to approach the high Court," observed the Supreme Court.

The Top Court however considered it appropriate that the same is taken up by the Bombay High Court.