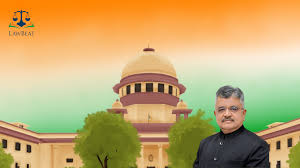 In the matter of Hindustan Zinc heard today, the Top Court witnessed some crucial remarks from the Learned Solicitor General, Shri Tushar Mehta.

A Full Judge Bench of Chief Justice SA Bobde, Justice AS Bopanna and Justice V Ramasubramanian, while hearing the challenge to disinvestment of Government shares in Hindustan Zinc, deferred the matter to next Tuesday.

“We want to read the status report and make up our mind next Tuesday”, the bench said.

“The first prayer is for a Mandamus directing the Government to disinvest the residual share-holding which is 29.5% without amending MMTC Act. I have filed an additional affidavit in which I pointed out that CBI was conducting a preliminary enquiry. All recommended converting the case to be registered as a regular case”, submitted Mr. Bhushan.

Reference was also drawn to the case of Lalita Kumari v State of UP.

“There are a few cases where there can be a criminal enquiry but if enquiry discloses a cognizable offence, the FIR should be registered. The reasons should be disclosed in brief to close the complaint”, added Mr. Bhushan.

At this juncture, Mr. Mehta responded, “Mr. Rohatgi appears for Vedanta, he has not given any recommendations. The Bench should stop Bhushan for imposing allegations on every institution. He should be stopped from doing so.”

Mr. Bhushan continued to submit, “The Attorney General did not allow the registration of complaint and the same was rejected. The petitioner should be given a copy for reasons for not registering the complaint.”

CJI poses a question to Mr. Salve, “Can you present us the status report?”

Mr. Salve replied, “It is no longer a Government Company. We have invoked a call option. Today what is being prevented is the government encashing its share by selling the shares of a non govt company.”

SGI Mr. Mehta replies, “That will be an open offer.”

It was also submitted that being an employee, the stand of Mr. Bhushan cannot sustain and is without locus standi. “BALCO is very clear on this”

In the present matter, the Central Govt in 2002 decided to divest its controlling shares to Hindustan Zinc Ltd. In 2014, a PIL was filed by an association of officers related to the PSU firm alleging illegalities in the disinvestment to bestow benefits to a few by undervaluing the shares & thereby requested for a CBI probe into the deal & restrain the govt from further divesting its share.

In November 2013, a preliminary enquiry was registered by the CBI to look into the alleged corrupt practices but was closed irrespective of several officers of CBI recommending registration of a regular case for a further inquiry.

Last year, the Supreme Court decided to examine why the CBI decided to close its investigation in the matter & further declined to permit the Government to disinvest the remaining shares in the PSU by lifting its restraint order passed in January,2016.

The Bench on March 4, 2021 sought CBI’s response to provide a copy of its probe report closing the preliminary inquiry into the disinvestment of the govt’s share in Hindustan Zinc Ltd in 2002.