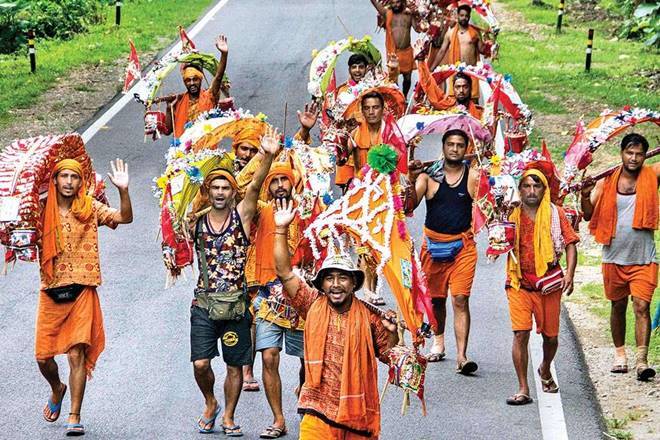 A petition has been moved before the Supreme Court, seeking directions/guidelines to the State authorities, allowing customary practices at Baba Baidyanath Jyotirlinga Temple and Baba Basukinath Temple, Deoghar. The devotees pray for allowing of customary Kanwar Yatra in Deoghar region of Jharkhand citing historic importance and faith of people – only for Pujaris, Pandas & 5000 devotees who adhere/submit proof of their complete vaccination.

“The custom of offering of the Ganga Jal from Sultanganj (Bihar) where the Ganga River flows north is an ancient practice. The significance of the Baba Baidyanath Temple and the Kanwar Yatra is recorded in Veds and Puranas and there should not be any interruption in this ancient custom,” the plea states.

Grounds inter-alia preferred by the petitioner:

“The Petitioner understands that the permission to allow mela or yatra in the entire State of Jharkhand would pose risk of rapid increase in COVID-19 cases. Therefore, the Petitioners have limited prayer of directions only for the Deoghar Baidyanath Dham and that to by the Pujaris and Pandas of the dham and general public limiting to 5000 per day entry to temple. Alternately, if this Hon’ble Court takes a different view and is not in favour allowing general public, then the limited prayer of the Petitioner of allowing the Pujaris and Pandas of the dham to undertake the Yatra be allowed.”

Prayers sought by the petitioner: