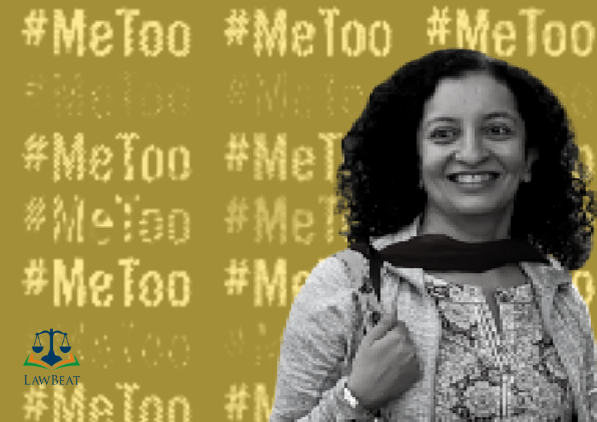 In a comprehensive judgment by the Chief Metropolitan Magistrate, Shri Ravindra Kumar Pandey, while acquitting Journalist Priya Ramani in the Defamation suit against MJ Akbar observed, “The woman cannot be punished for raising voice against the sex-abuse on the pretext of criminal complaint of defamation as the Right of Reputation cannot be protected at the cost of the Right to life and dignity of woman.” It was further said that the series of happenings and the testimony of the accused and witnesses clearly proof that the complainant cannot be called a man of “stellar reputation” as submitted.

The verdict stands out in terms of sensitizing gender discrimination and sexual harassment at workplace, placing reliance on several legislative frameworks and legal precedents.

It was the case of the complainant, Mobashar Jawed Akbar, erstwhile Minister of State for External Affairs and a Member of Parliament in Rajya Sabha, that the accused Priya Ramani, Senior Journalist had made disparaging remarks against him by way of tweets, articles etc. published as well as distributed at her behest, in print media as well as on the online platforms such as VOGUE Magazine, Twitter, Firstpost etc. This was done solely for the purpose of tarnishing his image and political standing. Further, the defamatory statements so made were related to an incident that took place 20 years ago and no statutory action was then taken which implies that the entire narration/allegations made by the accused are nothing but ‘figment of her own imagination’. To substantiate the same, the complainant relied on one of the Tweets made by the accused that said, “I began this piece with my MJ Akbar story. Never named him because he didn’t ‘do’ anything. Lots of women have worse stories about this predator. Maybe they’ll share.” Preceding to this she had written a letter published in VOGUE INDIA, titled “Dear Male Boss” wherein an entire incident alleging sexual misconduct against MJ Akbar was made. This was followed by a series of other tweets, seconding the allegations made by Ramani, by several other women whose testimonies were recorded by the Court during the Trial.

Ms. Rebecca John, Learned Senior Counsel, representing the accused, submitted that the complainant had sexually harassed Ramani while she was called for an interview to The Oberoi, Mumbai in 1993. It was further averred that the statements made were in absolute “good faith” and “public interest”

“My tweets were not malicious, I spoke the truth. This is a false case filed to create a chilling effect among all the women who had spoken out about their experiences about sexual harassment at the hands of Mr Akbar. It's an attempt to intimidate us and me by deliberately targeting me, Akbar, seeks to divert attention away from the serious allegations of sexual misconduct against him and the public outrage that had followed”, deposed Ramani in Court.

Senior Counsel Ms. Geeta Luthra while defending Mr. Akbar maintained that he is a man of repute having held key ministerial positions with the government and the allegations made by Ramani are nothing but scandalous remarks without any substantial backing, only to blemish the image held by him over several years.

It is to be noted that the charges of harassment were not proved against MJ Akbar and the present suit for defamation was instituted as a consequence in 2018.

Findings of the Court

Notable Excerpts from the Decision

Legal Provisions applied by the Court

Indian Legislative frameworks against prevention of Sexual Harassment as referred