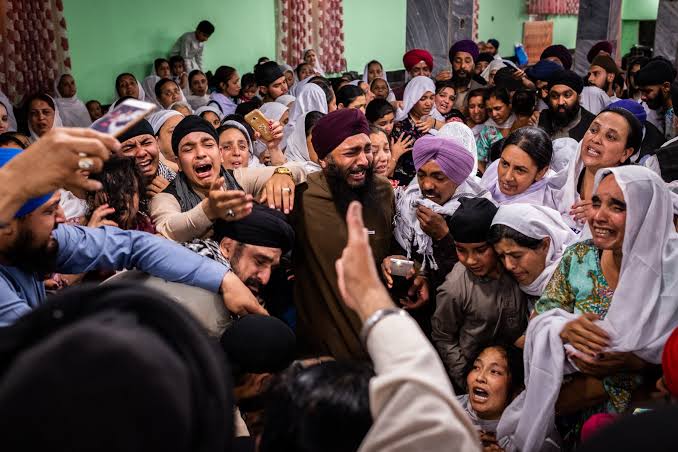 The Delhi High Court bench of Chief Justice DN Patel and Justice Jyoti Singh today disposed of a public interest litigation (PIL) seeking evacuation of Indians or Afghan Nationals Hindu and Sikh by religion, stranded in Afghanistan amid Taliban rule, stating that it harbored doubts over the manner in which the petitioner claimed to have collated information of those who are stranded.

The petitioner had sought directions on the Centre to issue e-Visas to such stranded persons.

Directing the Centre to consider the representation made to it by the petitioner in this regard dated October 18, it asked the petitioner referring to the annexed list of persons allegedly stranded, "What is the authenticity of these annexures?"

Upon the petitioner's claim that he had telephonic talks with all these persons, the bench said,

"We have a doubt about this fact!"

Additional Standing Counsel for the Central Government Adv. Amit Mahajan informed the bench that a lot of efforts had already been made by the Government of India to evacuate the stranded persons.

The bench replied saying, "We know the operation of airlines is also in difficulty. You mention that and reject if you want," the Chief Justice said orally.

The PIL highlighted that 227 Indian Nationals and Afghan Nationals of Indian origin (Hindus and Sikhs by religion) have been stranded in Afghanistan and that urgent relief needs to be provided for their evacuation, issuance of e-visas and safe return to India.

The plea stated that these stranded persons are constantly and almost daily facing threats to their lives and properties, at the hands of the Taliban.

Filed by a former spokesperson and media advisor of Delhi Sikh Gurudwara Management Committee, the plea divided the stranded persons into 4 categories.

The plea stated that during the takeover of the country by Taliban many civilians including Indian and Afghan Nationals were either killed or wounded by the Taliban forces.

It was pointed out that "due to the pitiable and dangerous condition they are in, where each minute of their existence is an ordeal, the Respondents (Ministry of Home Affairs and Ministry of External Affairs), and particularly the Respondent No 1 is expected to provide e-Visa without insisting upon any need for passport etc to the stranded persons."

Therefore, the petitioner had prayed for the issuance of e-Visas, facilitation of evacuation of all the 227 persons - including 4 infants - from Afghanistan to India by way of chartered/special flights or any other mode of transport deemed fit.

It was also prayed that the Ministries take up the matter with the concerned international counterparts at the highest levels for their evacuation and security until such evacuation.