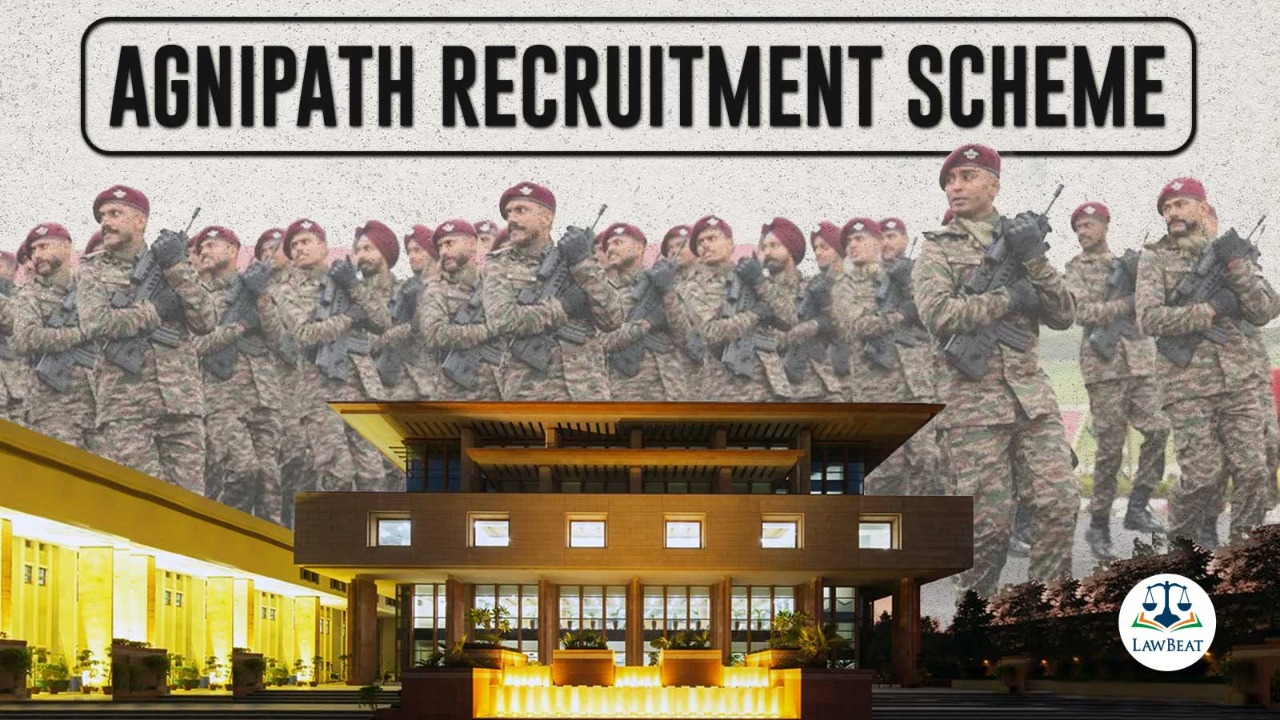 The bench was informed by Solicitor General Tushar Mehta that there are some petitions relating to the new Agnipath Scheme pending adjudication before the court and submitted that they be heard together at the court's convenience.

The Delhi High Court has said that it would hear all the petitions challenging recruitment to armed services under the Agnipath Scheme on July 20.

The bench was informed by Solicitor General Tushar Mehta that there are some petitions relating to the new Agnipath Scheme pending adjudication before the court and that they be heard together at the court's convenience. To this, Court listed all the petitions challenging recruitment to armed services under the Agnipath Scheme to be heard on July 20.

The Agnipath scheme provides for the recruitment of youths in the defence forces Army between the age of 17-and-a-half and 21 for four years with a provision to retain 25 percent of them for 15 more years.

Regarding the instant case, stressing that the Supreme Court categorically declares that no PILs on service matters could be entertained by the court, the bench said, "The aggrieved people are free to come before us in their personal capacity, but a PIL to such matters cannot be entertained".

Appearing for the Petitioners, Advocate Ankur Chibber, argued that the court had already issued certain orders and directed the Respondents to file an affidavit.

"So what? Does that mean that the matter can be decided on merits?...This is the organisation that adopts the most transparent process... We are interfering in the recruitment to the Army, Navy and Airforce ", rebuked the court.

The Petitioners requested for the court to give them liberty to withdraw the matter and file a fresh petition.

The present petition sought directions to allow candidates eligible in the advertisement released by the Union of India and permit them to appear in the written examination scheduled between 06.12.2021 to 10.12.2021.

The Petitioner had also previously moved an application for issuance of admit cards to the Petitioner as interim relief.

However, Standing Counsel Mr. Anurag Ahluwalia, argued that an application seeking similar reliefs had been filed before this court but it had declined to grant the same. He further argued that in the present case, the petitioners had not even applied for recruitment pursuant to the advertisement released by the government.

The court had held that in the absence of an application for appointment against the posts advertised, admit card could not be issued to the Petitioner as an ad interim measure.

A similar petition had been filed before the High Court wherein various candidates shortlisted as Airmen in Indian Air Force sought issuance of enrolment list and completion of previous recruitment as per a 2019 notification.