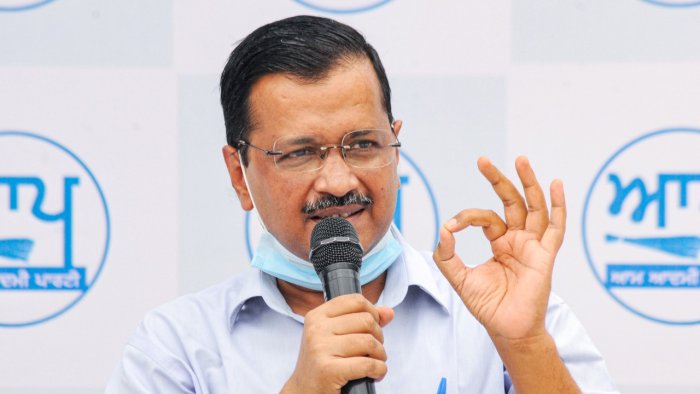 The Divsion bench of Chief Justice DN Patel and Justice Jyoti Singh was hearing an appeal filed by the Government of NCT of Delhi challenging the single judge order of July 22, 2021.

The order was passed by the Single Judge bench of Justice Pratibha M Singh which said that “This court is of the opinion that the promise/ assurance/ representation given by the CM clearly amounts to an enforceable promise, the implementation of which ought to be considered bg the Government. Good governance requires that promises made to citizens, by those who govern, are not broken, without valid and justifiable reasons.”

The Chief Minister of Delhi (CM) on 29th March,2020, four days after the nationwide Lockdown was imposed, gave a press conference, in which he requested all landlords to postpone the demand/collection of rent from those tenants who are poverty stricken. It is alleged that the CM in furtherance of this request, made a clear promise that if any such tenant is unable to pay rent, the Government would pay the same on his/her behalf.

Relying upon a UK Judgment R. v. Liverpool Corporation, ex parte Liverpool Taxi Fleet Operators Association, [1972] 2 All ER 589, that have elucidated the principles of doctrine of promissory estoppel and legitimate expectations, and a bunch ofother international and Indian judicial decisions, the Single-judge bench concluded two-folds of  principles regarding the present issue.

(i) Principles emerging from decisions in United : The Delhi HC bench concluded that the two doctrines have their genesis in the concept of TRUST between citizen and the Government. There have to be a justifiable reasons in law, in order to negate the application of the said two doctrines. The promise, assurance or representation made by the Government has to be judged from the understanding of a common individual. Government cannot run away from its obligation. The doctrine of legitimate expectations is a guide and is not to be treated like a cage.

(ii) Principles emerging from decisions in India: It is necessary to promote honesty and good faith in governance. Executive necessity does not constitute an adequate reason to not give effect to a representation. If the promise made is clear and unequivocal, the Court can enforce it.

A mere ipse-dixit would not work, and the Government cannot presume self-exemption. Only a Court can grant exemption from liability for not adhering to the assurance, provided the Government shows proper justification.

3. Holding that the CM's speech in issue is undisputed, the court took note of the factual backdrop of the case ,observing that the CM's address in the press conference held three dimensions: an appeal, a promise and a warning, making it as clear as possible that the CM was assuring the people he represents.

4. The court observed that both above-mentioned doctrines are a reflection of the legal recognition being accorded to the trust that citizen repose on promises/assurance/representations which are made by Constitutional functionaries and governmental authorities. Therefore the authorities are answerable to the people for the same.

5. However the court also took note of the point that the two doctrines are not absolute in the nature. There are various conditions that need to be satisfied for legal enforcement of rights claimed under these doctrines.

6. The court observed that many tenants of Delhi , on the assurance of the CM must have altered their position on leaving Delhi after the announcement of the Lockdown in March, 2020. Therefore, the CM is responsible for the people who trusted his words of assurance.

7. On the question that whether the Government can stay silent in the context when a senior functionary like CM gives a promise to the public, the court held that such inaction would not be  permissible.

8. The court concluded the judgement stating,

“In the present case, in the backdrop of the commitment made, it is not the positive decision making which is arbitrary, but the lack of decision making or indecision, which the Court holds to be contrary to law.”

The court had ordered the Delhi Government to take steps to frame a policy to carry out the assurance given by the Chief Minister.

The court further ordered that the decision as to the implementation of the same would be taken within a period of six weeks.

The court further added that the framing of the policy would be done in the larger interest of the public focusing the persons to whom the benefits were intended to be extended in the said Statements of the Chief Minister.

The Court has listed the matter for further hearing in October.