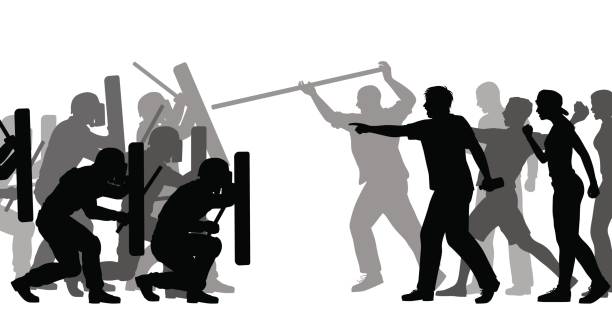 The Delhi High Court has granted bail to one Mohd Bilal who was alleged to be a part of the anti-Citizenship Amendment Act (CAA) & anti-National Register of Citizens' (NRC) protests while finding that  a "perusal of the 35 seconds video footage covered by the Police would not show presence of the petitioner."

"Considering the nature of evidence against the petitioner and the fact that the petitioner has been in custody since June 22, 2020, this Court deems it fit to grant regular bail to the petitioner", ordered a bench of Justice Mukta Gupta.

The prosecution stated that on February 25, 2020 a mob of about 100 - 150 persons armed with rods, lathis, stones and firearms gathered in front of Shamshan Ghat, Kabir Nagar and started raising slogans against the Government to protest against CAA, NRC etc.

When the police officials warned the members of the unlawful assembly, bringing to their notice that Section 144 CrPC had been promulgated in the area from February 24, 2020, the mob indulged in arson, stone pelting and firing towards the police officers on duty, the court was told.

The court was informed that at about 1.40 PM one member of the rioting mob namely Mudassir sustained bullet injury and was later declared brought dead.

A video clip of 35 seconds was produced before court wherein the deceased was seen standing with the mob, and subsequently falling down after receiving the projectile. However, in the video clip the petitioner is not visible, the court noted.

"One fails to understand that while the videography was going at the spot, why videography of only 35 seconds when Mudassir got injured was captured and it did not have any videography prior thereto or thereafter, for the reason the same would have captured all the people around the place of occurrence. Be that as it may, as noted above, the videography conducted by the Police to keep a watch on the people protesting, does not show the presence of the petitioner."

The star witness Babu Dule told the court that Bilal was armed with pistol in his hand and was shouting slogans. He further said that one person who was amongst the rioters fell down due to firing and he was taken to hospital, whose name was later revealed as Mudassir @ Mullah ji. Dule stated that when some boys were running from there, he heard them say that Bilal has fired at Mullah ji.

When the court wanted to know the location of Dule’s house from the video footage, Dule’s house could not be seen in it. It was also claimed that the house of Babu Dule was in a side lane and thus the possibility of his being able to see the exact incident in a mob of hundreds of people from his residence was too remote.

Advocates Feroz Khan Ghazi and Nagma Naaz appearing for the petitioner submitted that the petitioner was not seen in the video recorded by the police.

It was added that based on the CCTV footage of February 24, 2020 the petitioner could not be implicated for the incident dated February 25, 2020. Also, the statement of witness Babu Dule could not be relied upon for the reason that he could not have witnessed the place of incident from where he was claiming to have seen the same and that Constable Sunder was not an eye-witness to the incident and had identified the petitioner as per the CCTV footage.

In consideration of aforementioned submissions, the High Court released the petitioner on bail on his furnishing a personal bond in the sum of ₹50,000/- with two surety bonds of the like amount subject to the satisfaction of the Trial Court.

Cause Title: Mohd Bilal v State of NCT of Delhi