"Development of independent thinking is not possible in any country until its residents do not think and write in their mother tongue": Union Law Minister 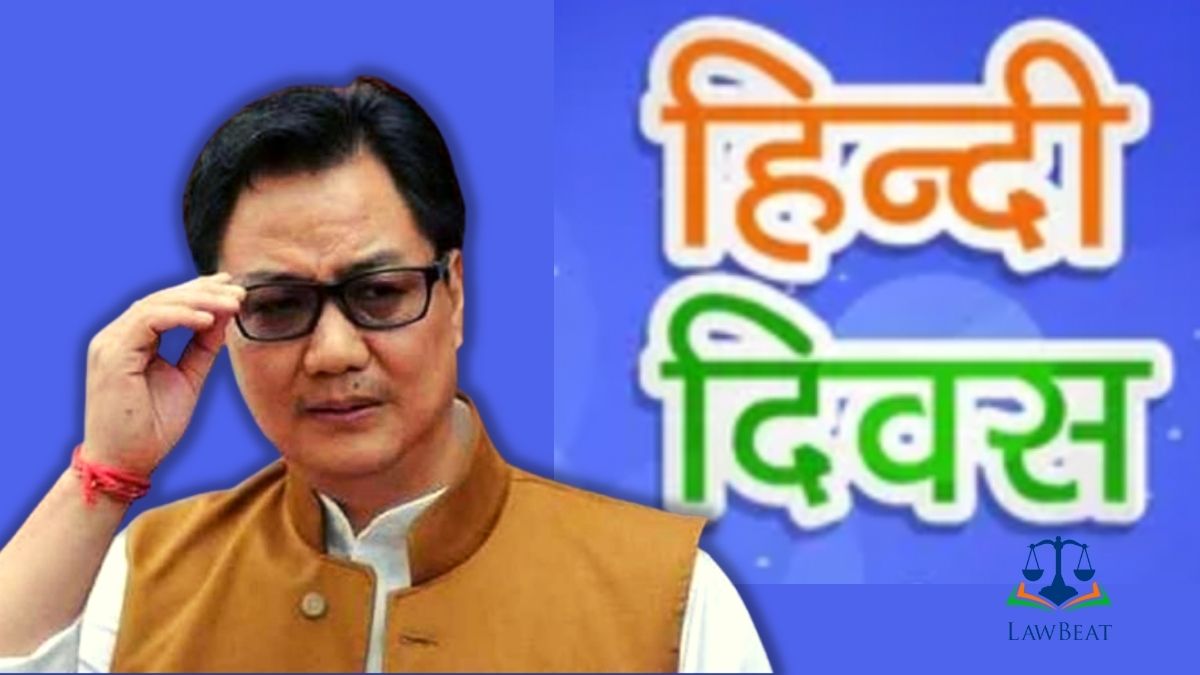 “The development of independent thinking is not possible in any country until its residents do not think and write in their mother tongue,” says Kiren Rijiju, incumbent Minister of Law and Justice.

On Hindi Diwas, Law Minister also asked the countrymen to take a pledge to spread awareness about the protection of the Hindi language.

The celebration of Hindi Diwas first began in 1949 when the Constituent Assembly of India had adopted Hindi written in Devanagari script as the official language of the Republic of India on September 14.

Wishing countrymen on the occasion of ‘Hindi Diwas,’ Prime Minister Narendra Modi also said that “Hindi is continuously making a strong identity on the global stage.”

Union Law Minister Rijiju is very keen to spread awareness about the protection of the language.

Stressing that “all the languages spoken in India are complementary to each other,” in his speech delivered on Hindi Diwas celebrations conducted by the Department of Official language he commented that “language is very powerful.”

Hinting towards the Indian leaders who often prefer to speak in English on international forums, he said that it’s all about mindset.

He highlighted that although being familiar with English, the dominant language at global platforms, the representatives of smaller countries deliver their speeches in their respective mother tongues.

Identifying himself as a ‘Hindi-Premi’, Union Law Minister restricted himself from directing the audience at the celebration ceremony regarding what should be done for the upliftment of Hindi inside and outside the country saying, “it will be like lighting a lamp under the sun.”

“But together, we all should make efforts to spread awareness among our countrymen that Hindi is our mother tongue and no language is more beautiful than Hindi.”

Reflecting upon the efforts taken by the previous leaders for the betterment of Hindi, it can be highlighted here that it was Late Atal Bihari Bajpayee, the first Indian leader who addressed United Nations General Assembly in Hindi.

Carrying forward his efforts to make India proud by addressing the world in one of its own languages, the present Prime Minister often addresses the world and the country in Hindi.