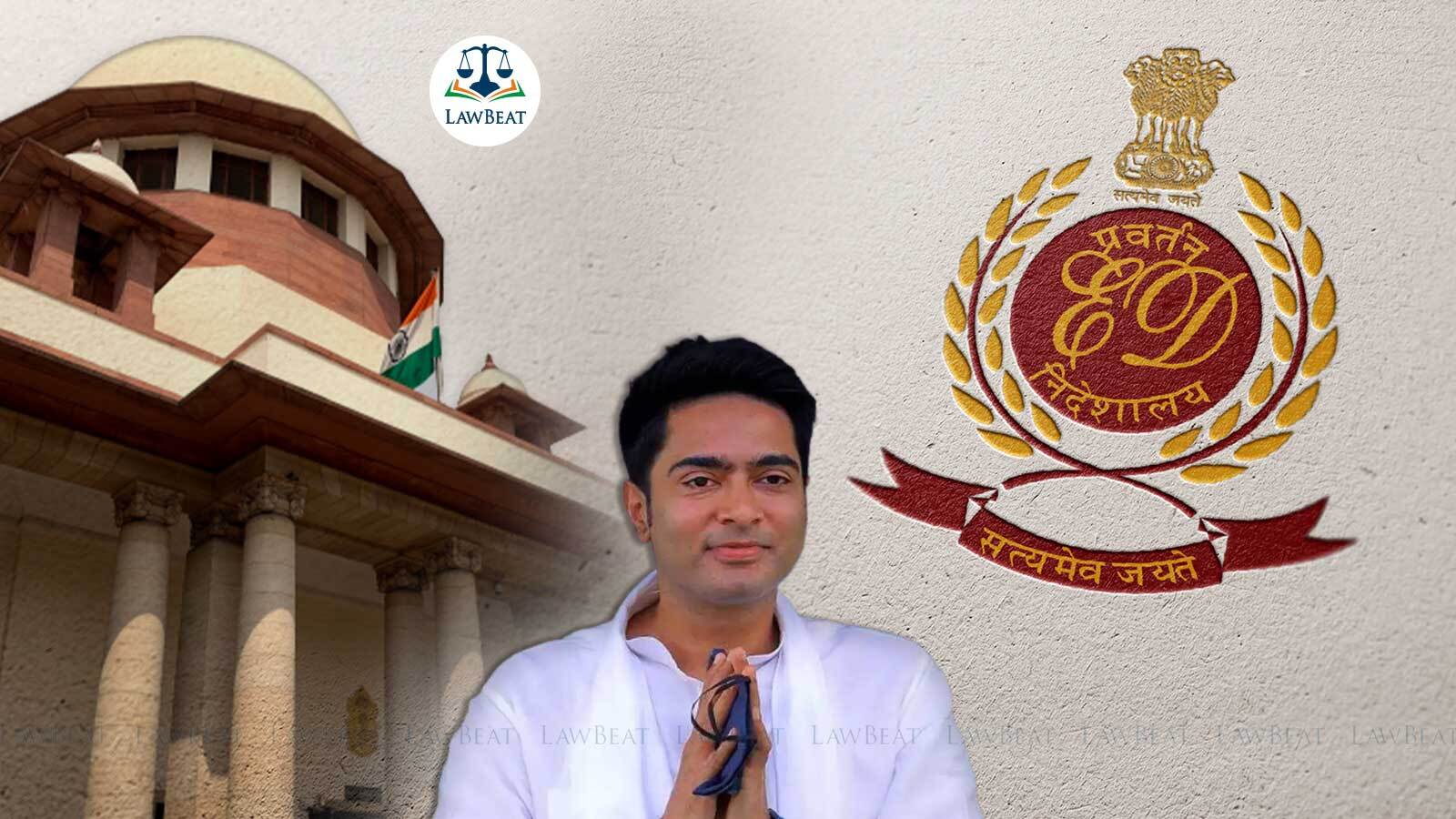 Raju submitted before a bench of Justices UU Lalit, S Ravindra Bhat and Sudhanshu Dhulia that there were past instances of CBI officers being gheraoed in Kolkata and Banerjee is an influential politician.

Banerjee who is the nephew of West Bengal Chief Minister Mamata Banerjee was summoned by the Enforcement Directorate with respect to the alleged offences in connection with the West Bengal Coal mining scam.

Senior Advocate Kapil Sibal, appearing for the Banerjees, submitted that as per Section 160 of CrPC, the police should question witnesses at their place of residence.

Responding to Raju's submission, the Court said that it could pass an order to the Kolkata Police to provide all assistance to the ED and it will hold the State of West Bengal accountable.

The matter has been adjourned to next Tuesday.

All of the above transpired in the plea moved by the TMP MP and his wife challenging Delhi High Court's order refusing to quash summons issued to them by Enforcement Directorate.

In September last year, Banerjee and his wife have had moved the Delhi High Court against the summons order issued by the Enforcement Directorate with respect to the alleged offences in connection with the West Bengal Coal mining scam.

In a related case, last year, Justice Rajnish Bhatnagar of the Delhi High Court had stayed the operation of a notice served upon 3 officers of the Enforcement Directorate (ED) by the West Bengal Police on a First Information Report lodged at the instance of Trinamool Congress leader Abhishek Banerjee.

The officers claimed in the petition that the FIR was lodged to harass them and halt the investigation in the West Bengal illegal coal mining case in which Banerjee and his wife have been issued summons by the ED.