Employees Retired Before Proposed Date Of Implementation & Employees In Service Do Not Constitute Homogenous Class For Applicability Of Pension Scheme: Supreme Court 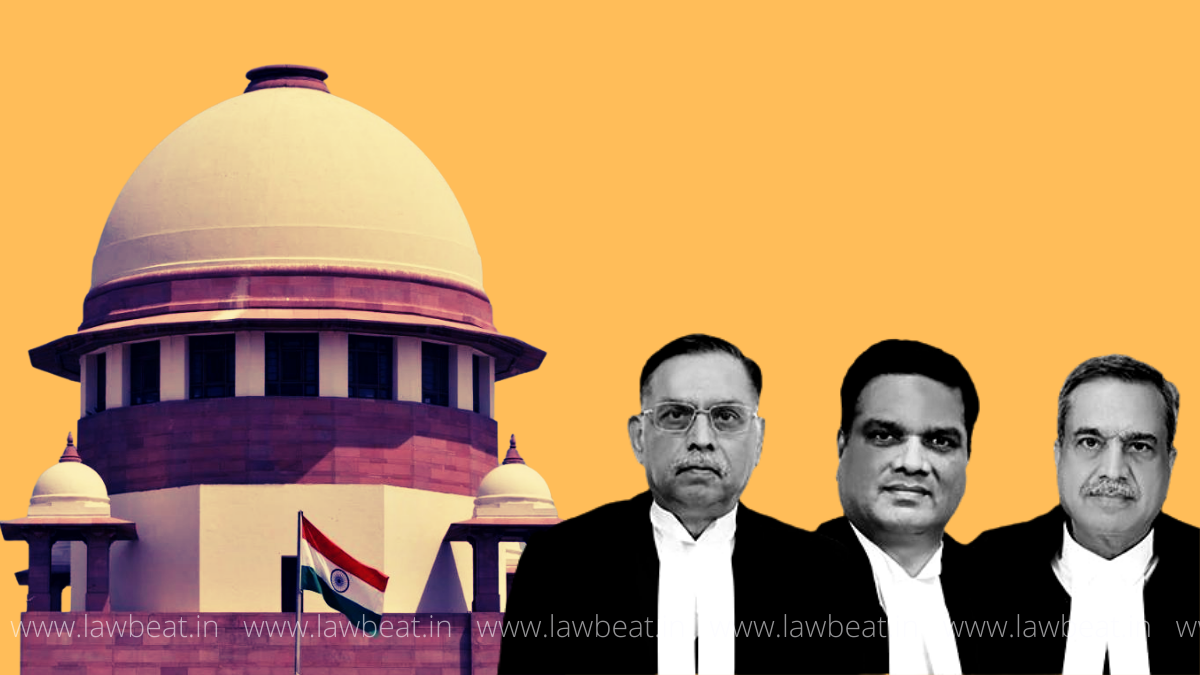 A Full Judge Bench of Justice Ashok Bhushan, Justice R. Subhash Reddy and Justice M.R. Shah, while setting aside the impugned order of the High Court dated 08.01.2009, held that the cut-off date for implementation of the said scheme was validly chosen. Further, the employees retired before the proposed date of implementation and the employees in service, do not constitute a homogenous class so as to raise the claim as made. “There is a valid reason for giving effect to the Pension Scheme from 05.06.1995, though the notification was issued on 06.10.1995. The cut-off date, that is, 05.06.1995 is fixed on the ground that the Cabinet has approved the Scheme from such date.” the Bench added.

The appellant Corporation notified a Pension Scheme on 06.10.1995 which was made applicable from a retrospective date of 05.06.1995 (the date on which Scheme was approved by the Cabinet). For the employees who retired between 05.06.1995 till the date of notification and for the employees in service, an option was given either to opt for Pension Scheme or to continue under the Contributory Provident Fund.

The respondent Union, consisting of the employees who retired prior to 05.06.1995, approached the Administrative Tribunal, placing reliance on the findings in D.S. Nakara & Ors. v. Union of India, AIR 1983 SC 130, pleading that the fixation of cut-off date was arbitrary and discriminatory.

By judgment dated 19.06.2001, the Tribunal dismissed the Application filed by the respondent Union, holding that the appellants are entitled to fix the cut-off date for introducing the Pension Scheme for its employees and such fixation is not discriminatory. It was further held that all the employees of the Union who were governed by the Contributory Provident Fund, on their retirement, have already availed the benefit of such fund.

Furthermore, the Tribunal observed that the employees retired prior to 05.06.1995, constitute a different category and are not similarly placed as those employees who were in service of the appellant Corporation as on 05.06.1995.

The respondent Union, aggrieved by the said judgment and Order of the Administrative Tribunal, approached the High Court of Himachal Pradesh, which by impugned judgment and Order dated 08.01.2009, allowed the Writ Petition by quashing the cut-off date on the ground that no reasons were forthcoming from the appellant Corporation for picking up the cut-off date. Further, the High Court declared that the Scheme notified on 06.10.1995, shall apply to the members of the respondent Union and other similarly situated persons, with a condition that they will have to deposit the amount received by them under the Contributory Provident Fund Scheme, within a reasonable time.

Aggrieved by the said judgment and order passed by the High Court, the Road Transport Corporation approached the Top Court.

The Bench placed reliance on a catena of judgments, pursuant to its decision;

Rejecting the contention that the employees retired prior to the date of implementation and employees in service constitute a homogenous class, the Bench observed, “All those employees who retired before 05.06.1995, were paid all retiral benefits, applicable to them. As the Pension Scheme was not in existence during the relevant time, it was not the case of violation of any service conditions either. The Pension Scheme is introduced by way of notification dated 06.10.1995, by giving effect from 05.06.1995, on which date the Cabinet has approved the Scheme. The employees who were governed by the Contributory Provident Fund Scheme and retired prior to 05.06.1995 and the employees who were in service and continued after 05.06.1995, of the appellant Corporation, cannot be treated as a homogeneous class.”

“The retired employees, who were governed by the Contributory Provident Fund Scheme, on their retirement had already received the benefits of such Scheme, constitute different class than those employees who were in service as on 05.06.1995”, the bench added.

Setting aside the impugned judgment and order of the High Court, it was conclusively said, “…it is always open for the employer to introduce new Schemes and benefits, having regard to financial health of the employer.”