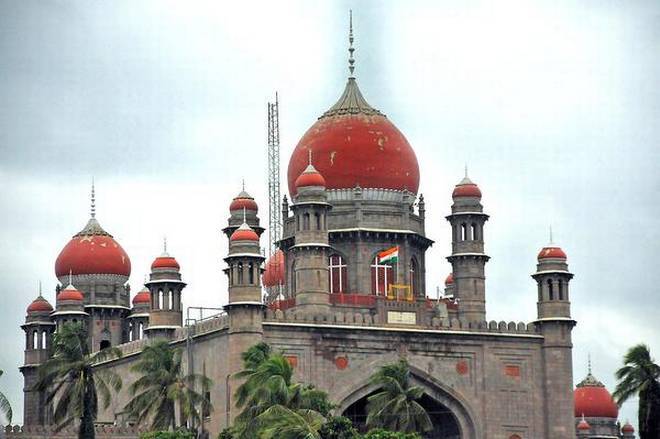 The Telangana High Court has observed that promotion cannot be granted to an employee in case of pending criminal proceedings.

"One of the important parameters in public employment is conduct, character and ability to discharge duties and responsibilities by the employee to the satisfaction of the employer to grant advancement in service. Therefore, the employer assesses the person's suitability before granting promotion. The employer can seek to weed out /keep aside an employee facing disciplinary action/ criminal proceedings until the conclusion of such proceedings”, the Single Bench of Justice P.Naveen Rao noted.

In the present petition, a Crime No 34/ACB-CR-1/2013 was registered against the petitioner working as an Inspector of Police for accepting illegal gratification under section 7 of the Prevention of Corruption Act, 1988 24.01.2013. No disciplinary action was initiated against the petitioner, but he was placed under suspension and later reinstated into service. When the petitioner came to know about exercise being undertaken by the respondents to effect promotions as Deputy Superintendent of Police for which he was aspiring, he filed the present writ petition because he apprehended he was not considered on account of a pending criminal case against him. In this petition, he prayed the court for directing the respondents to consider petitioner for promotion as Deputy Superintendent of Police in accordance with his seniority in the cadre of Inspector of Police and accordance with G O Ms No. 257 General Administration (Services C) Department dated 10.6.1999 and without reference to CC No. 16 of 2015 pending in the Court of the Additional Special Judge for SPE and ACB cases at Hyderabad.

While dismissing the petition, the Bench observed that the question of granting promotion even on an ad hoc basis does not arise in cases of grave allegations of demand and acceptance of illegal gratification.

"Although it is a settled principle of law that an employee has a right for consideration for promotion, however, he has no right to ask for promotion as a matter of course. An employee facing disciplinary action/trial for his/her misdemeanour or misconduct be it criminal/civil should not be granted promotion. Public interest does not demand granting promotion to an employee against who based on serious allegation enquiry/trial is pending against him. An employee is entitled to be considered for promotion even if he is found fit. Still, his promotion can differ on the ground of pending disciplinary proceedings/criminal proceedings", the Bench further noted.

Case Title: Y Rajasekhar v. The State of Telangana and 2 Others

Law Point/Statute Involved: Rules 5 and 6 of the Telangana State and Subordinate Service Rules, 1996