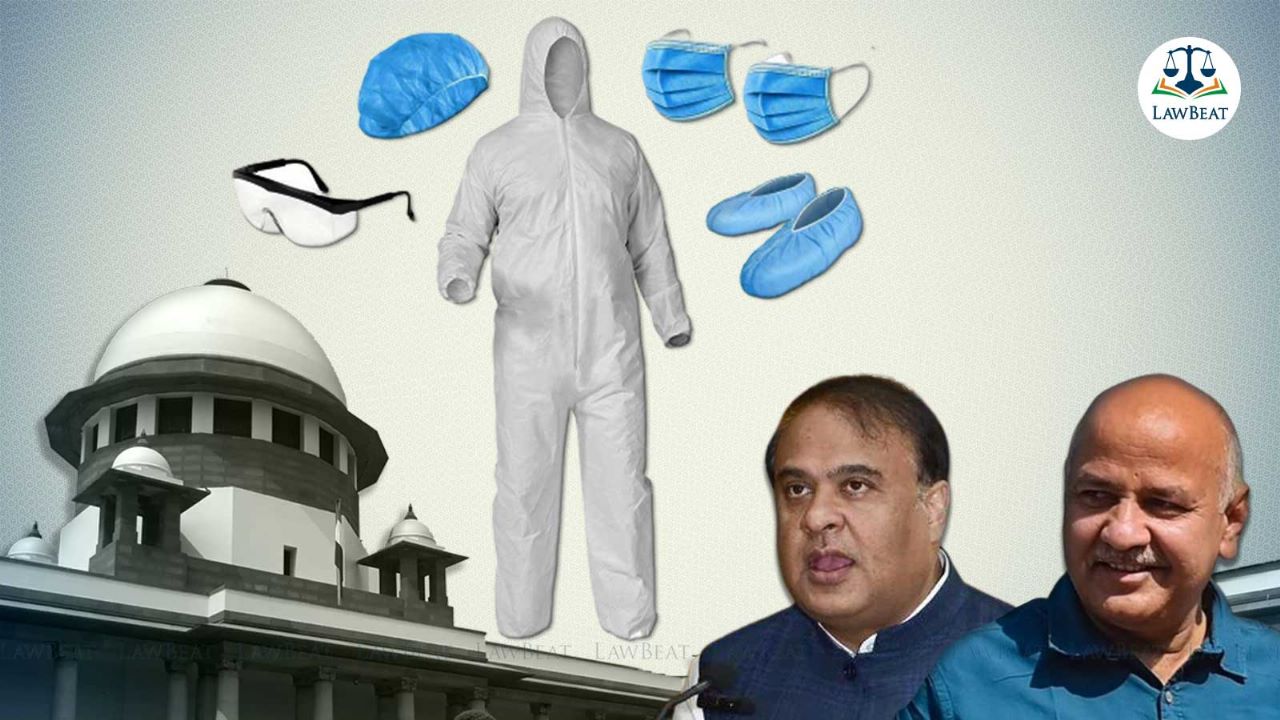 In August this year, a local court in Assam had summoned Sisodia to appear after Himanta Biswa Sarma initiated criminal defamation proceedings against him over allegations he made during a press conference linking Sarma's wife Riniki Bhuyan Sarma in a corruption case concerning supply of PPE kits during peak of Covid19 in mid 2021 and the state was facing a shortage

The Supreme Court on Monday refused to entertain a plea seeking to quash defamation proceedings against Manish Sisodia, the deputy Chief Minister of Delhi initiated against him by Assam Chief Minister Himanta Biswa Sarma at a local court in Assam.

A bench of Justices SK Kaul & Abhay S. Oka told Senior Counsel Abhishek Manu Singhvi appearing for Sisodia that keeping in mind the stooping down of public discourse by Sisodia, it is ideal that he now face the consequences.

"You have to face the consequences for reducing discourse to this level. Without paying heed to what country was facing, you make such statements," said Justice SK Kaul.

The case of defamation which has been filed by Biswa against the Aam Aadmi Party (AAP) leader concerns allegations that Sisodia had made against the Assam Chief Minister, stating that he had awarded a contract for COVID-19 personal protective equipment (PPE) kits during the peak of covid last year, to a company linked to his wife and this was riddled with irregularities.

"What do you mean by 'Assam ki CM ki biwi ke bhrashtachaar ka kuchaa chitthaa'?", the bench of Supreme Court said, while it slammed the Delhi Deputy CM. Senior Lawyer Abhishek Manu Singhvi on the other hand contested that Sisodia was being browbeaten and that he had never really alleged that Himanta Biswa Sarma's wife, Riniki Bhuyan Sarma received any money. On the other hand, he told Court that political discourse requires colour to be projected. The Court however refused to grant any relief to the AAP leader, stating that Sisodia should have given an unconditional apology. "No, not like this, you read the manuscript," court said.

According to reports, Assam's Advocate General had earlier stated that Sisodia's allegation were untrue and baseless and it was his case that Sarma was involved in corrupt practices in supplying PPE kits in March 2020 amid COVID-19 and was instrumental in giving supply order to his wife's company, JCB Industries, for supply of about 1,500 PPE kits.