"Greta Thunberg shows us that no one is too young to bring change": Justice DY Chandrachud 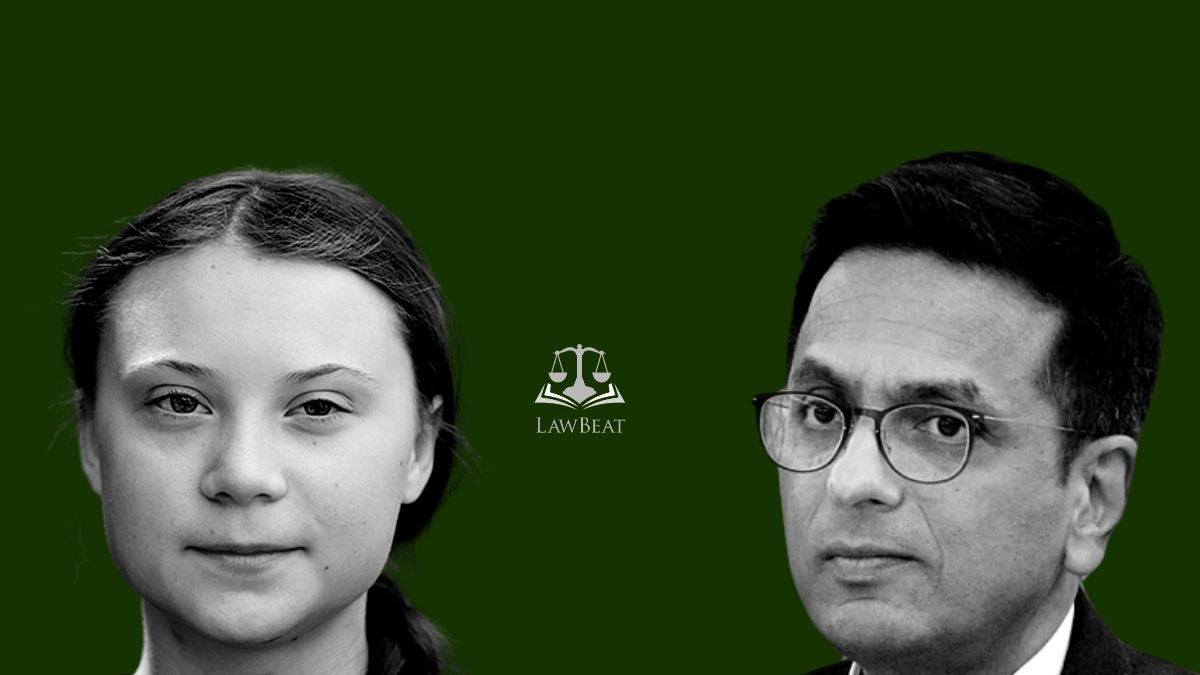 While speaking at his father's 101st birth birth anniversary celebrations today, at an event organised by the Shikshana Prasaraka Mandali in association with Lawbeat, Justice Chandrachud, Judge of the Supreme Court of India spoke on the topic "Students as the Constitution's Vanguard".

He touched upon various aspects of the Constitution of India as a vehicle to bring about social change.

While delving into the intricacies of how our country fought for its freedom, Justice Chandrachud highlighted that the Constitution is extrapolated in every walk of our lives, in the most mundane things, such as going to the park.

He added that these aspects, we couldn't freely enjoy till our Country, were still under British rule.

The Constitution, he said, envisaged a truly independent state as a predominant actor and developer of the society and added that the potential tyranny is something that the Constitution tends to protect.

He said that the Constitution is unique document to counter majoritarianism, in light of which we can equip ourselves with a unique lens to view the world.

"We are in the midst of an accelerating climate crisis as the Covid19 pandemic has shown us, ecological disruptions exasperate existing inequalities," Justice DY Chandrachud said.

He said that the pandemic requires that we engage collectively. Justice Chandrachud said that one is never too small to effectuate "Big Change". He cited Greta Thunberg, adding that she is one of the strongest voices in civil society.

“Greta Thunberg began her journey as a lone 15 years old outside the Swedish parliament. Her example shows us that nobody is too young to effectuate Big Change. You are never too old to be the change either,” Justice DY Chandrachud said.

Justice Chandrachud also spoke about the seeds of our Constitution and its promise of universal Adult franchise. Civil and political liberties were of importance and guaranteed in the Constitution, he said.

Our nation was forged and united with entitlements to every citizen, said Justice Chandrachud, adding that,

"Majoritarian tendencies must be questioned in the background of this Constitutional promise," said Justice Chandrachud.

He added that the Constitution of India provides the students and younger generations, both with a shield and a guard, irrespective of your aspirations.

"Ours is not just a lawyer's Constitution," said Justice Chandrachud, stipulating the historical significance behind it as well as the freedom struggle.

“It would be catastrophic to become a nation of technically skilled people who have lost the ability to think critically, to examine themselves, and to respect the humanity and diversity of others.”

He added that the Constitution could not predict the interface of technology or globalisation but it must move forward in a way so as to protect interests of the marginalised.

While focussing on the idea of liberty in a globalised world where corporations may have monopolies and walk over rights of the people, he said that many powerful corporations may not fall upon people, including the marginalised must be protected and that, this lens is important to be created.

Focusing on the fact that the pandemic requires collective and global action, Justice DY Chandrachud said that Constitutional provisions seek to protect individuals from hegemonic power structures, regardless of where they come from.

Lastly, he quoted, Martha Nussbaum, “It would be catastrophic to become a nation of technically skilled people who have lost the ability to think critically, to examine themselves, and to respect the humanity and diversity of others.”

He ended his address by bowing to his parents.

Also Read: "I was enamoured by him, as luck would have it, I argued my first case in Supreme Court before him": Justice UU Lalit on Justice YV Chandrachud's 101st birth anniversary