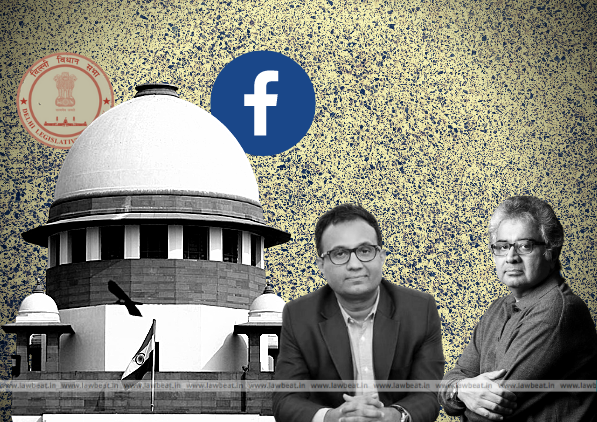 "Under no circumstances can a person be compelled to speech - to form an association or to acquire or hold property but by imposing reasonable restrictions, he can be compelled not to speak," said Salve citing Excel Wear Etc vs Union Of India submitting before a 3-Judge Bench of the Supreme Court, comprising Justices SK Kaul, Dinesh Maheshwari & Hrishikesh Roy.

Salve's premise of argument on Tuesday was based on his client's right to remain silent and that a private person could not be compelled to depose before the panel appointed by the Delhi Assembly inquiring into the Delhi Riots in February 2020.

The Delhi Assembly’s peace and harmony committee had sent a fresh notice asking Mohan to present himself for a deposition before the panel on September 23.

"An individual may perceive the best form of his ability as silence. We have our own views of why things went wrong [delhi riots]. One may feel one community is responsible another may feel otherwise, some others may feel political system is responsible but should I be compelled to speak about this on a public forum? No," Salve submitted, while citing the Puttaswamy Judgment.

Further to this, Solicitor General Tushar Mehta made brief submissions before Court, stating that Facebook, being an intermediary, the rules for its blocking lay in terms of Information and Technology (procedure and safeguards for blocking for access in public domain).

The premise of the SG's submissions were that the Assembly could not have unbridled powers and that, there were specific rules stipulated for enforcement against intermediaries, directly under the purview of the Centre.

The committee, which is headed by Aam Aadmi Party (AAP) spokesperson and legislator Raghav Chadha, had issued a warning to Facebook India after Mohan failed to appear before the panel for its third hearing, despite having been summoned.

The committee had earlier said Facebook was in contempt of the Delhi assembly, and gave the social media company a “final warning” to heed the summons and appear before it, dismissing a letter sent by executives of the firm, declining to present themselves before the panel.