[Hathras Gang Rape] 'Can State deny any of the reliefs to victim's family as provided under SC/ST (PoA) Rules, 1995?': Allahabad High Court to examine 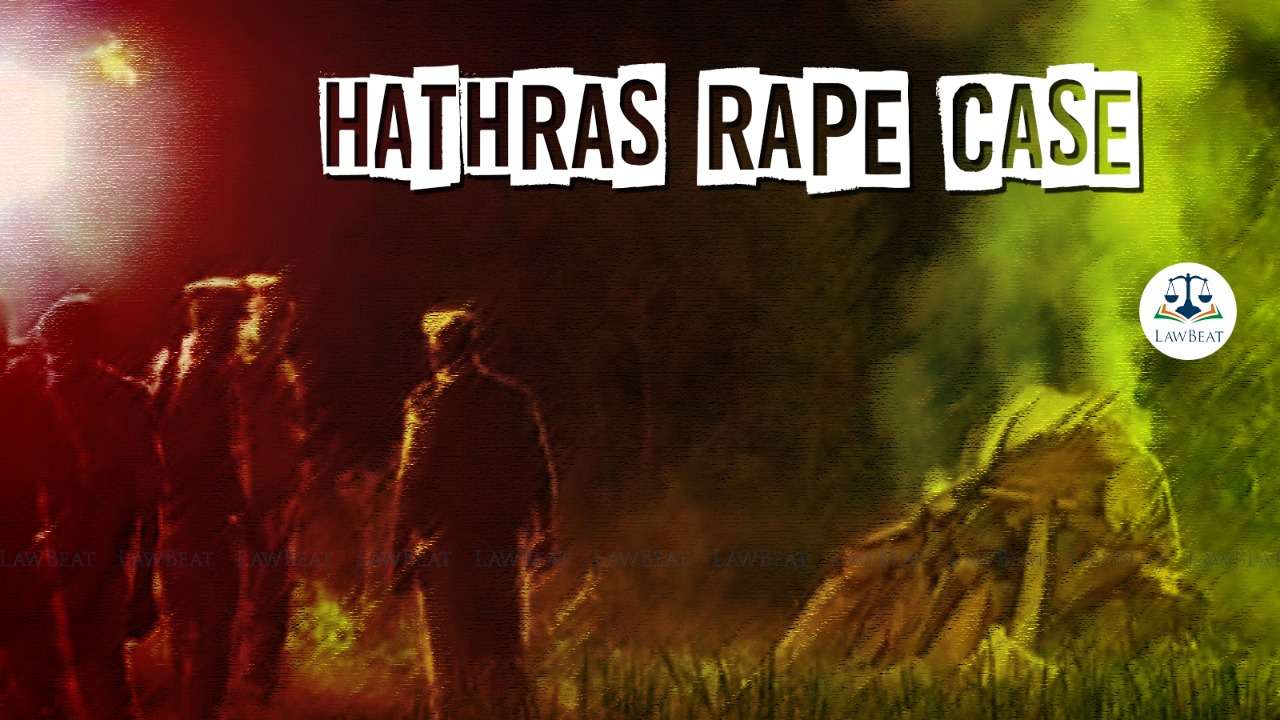 The Allahabad High Court is to examine whether providing all four reliefs- basic pension, employment to one family member, provision of agricultural land, and a house to the deceased victim’s family as per the SC/ST (Prevention of Atrocities) Rules,1995 is mandatory for the State Government or it has the discretion to deny any of it to the family.

The Division Bench of Justice Rajan Roy and Justice Jaspreet Singh today asked the amicus curiae to prepare the arguments for the same by tomorrow, i.e next date of hearing of the case.

The court was hearing the conclusive arguments on the question of grant of damages and benefits to the victim’s family pertaining to the suo moto matter (In re: Right to decent & dignified last rights/cremation) in the Hathras Gang Rape case.

During the hearing, amicus curiae, Senior counsel Jaideep Narain Mathur brought to court's attention item 46(i) of the amended norms for relief amount under the Scheduled Castes and the Scheduled Tribes (Prevention of Atrocities) Rules, 1995.

He argued that the relief of basic pension is restricted to the widow/other dependents of the deceased, however, other reliefs are intended to be provided to members of the family of the deceased.

He also submitted that apart from these reliefs, a victim, his dependent, informant or witnesses all are also entitled to the social-economic rehabilitation during investigation, inquiry and trial by the Special Court or the Exclusive Special Court trying a case under the the SC/ST (Prevention of Atrocities) Act, 1989.

He averred, "When the Central Government brought amendment to the SC/ST ((Prevention of Atrocities) Rules, 1995 in 2016, it did not use the term 'dependents of deceased' with each of the relief. All four reliefs are seperate reliefs that Government intended to make available for the deceased's family."

"These reliefs are not compensation against the wrong done with the family of the victim, these are a path for social rehabilitaiton of the family," Senior counsel Mathur submitted.

He further argued that the State Government's announcement of Rs. 25 Lakhs to be given to the deceased girl's family was more of a political announcement. "Luckily, later on, that announcement complied with the provisions of the Act," he averred.

To this court also commented, "Yes, everyone was busy in blowing out the fire then(Sab aag bujhane me busy the tab). No one cared to look at State's obligations under SC/ST Act for providing adequate relief to deceased victim's family."

However, stating that interpretation of this norm of the amended Rules of 1955 requires more deliberation, court adjourned the matter till tomorrow 3:15 pm.

"We have to stay reasonable while interpreting this provision because if we interpret as Amicus is arguing, it will be applicable to all the cases whereas there might be cases where the deceased victim is a well-off government servant or someone unemployed. Each case can't be treated in same manner under this norm. This requires further deliberation," court remarked.

Apart from Amicus curiae Jaideep Narain Mathur, Seema Kushwaha, counsel for the victim's family, and S.V. Raju, Assistant Solicitor General of India (Via video conferencing) on behalf of the state made appearances before the Court.

Earlier, on September 24, the Court had commented that there should be "no ifs and buts" while interpreting the provisions relating to relief given to victims under the SC/ST (Prevention of Atrocities) Act, 1989.

Backdrop of the matter

On October 1, 2020, the High Court took suo moto cognizance of the issue of allegedly forceful cremation of the gang-rape victim at 2 am by the UP Police instead of handing over her body to the family.

Accordingly, the factum of a suo motu public interest litigation (PIL) was registered under the Court’s order on the same date and the litigation is going on since then.

On September 16 the issue of benefits made available to the victim and her family as per Schedule Castes and Schedule Tribes (Prevention of Atrocities) Act,1989 arose before the court, in which it was argued by the petitioner’s counsel and the Amicus Curiae that the victim’s family is being deprived of their rights.

It has been alleged that neither a house & employment to one family member of the deceased have been provided nor the pension of 5k per month as envisaged under the provisions of the Rules of 1995 has been provided to the victim's family.