Her incarceration led to travesty of justice, reflects poorly on judicial system: Delhi Court releases women in jail for more than 9 years 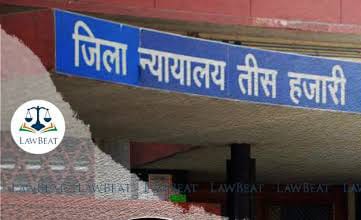 The Tis Hazari Court on Tuesday, while releasing a woman imprisoned for more than 9 years, said that period of her incarceration has not only led to the travesty of justice but also reflects poorly on our judicial system.

Additional Sessions Judge Hemani Malhotra noted that the woman was languishing in judicial custody since November 10, 2012 and had spent more than 7 years, the maximum punishment that can be awarded to her by the Chief Metropolitan Magistrate (CMM).

Advocate Archit Kaushik, appearing for the accused, submitted that the woman had been in jail for more than 9 years, whereas, the matter pending before the CMM has the maximum power of awarding imprisonment for 7 years.

Kaushik, speaking with LawBeat, said that the Court was informed that the woman had been accused in 34 cases, however, she had been awarded acquittal in more than 15 cases. The woman has 3 minor daughters, out of which the youngest one is 10 years old and the woman has not seen her since she was arrested in 2012, Kaushik told.

Court also noted that it was pertinent to mention that the prosecution had cited about 133 prosecution witnesses which probably at snail's pace, as is evident, will take an entire lifetime.

Considering the long incarceration of the woman along with the fact that she is a woman and has a family, Court allowed bail to her on furnishing bail bond of Rs.1,00,000 with two sureties each of the like amount to the satisfaction of learned CMM/Link Court.

In furtherance of this, the court has asked the CMM to expedite the matter and frame charges within one month.