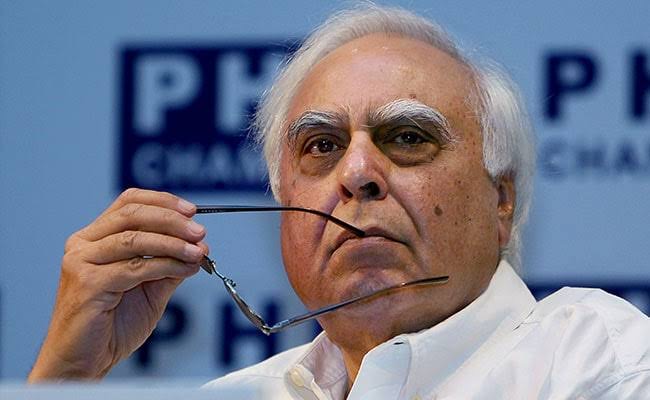 [The Truth: Gujarat 2002 (also called Operation Kalank) was an investigative report on the 2002 Gujarat riots published by India's Tehelka news magazine in its 7 November 2007 issue. The video footage was screened by the news channel Aaj Tak]

"If Hindus get injured they must be admitted to Hospital, full plan was made, a Hindu jihad was planned," the testimony said. "This shows that the collaboration was going on," Sibal added.

Sibal further put a question to the Court,

"They knew that there would be consequences. 'Sabarmati express arrived and people were calling Jai shri ram, bharat mata ki jai, khoon ka badla khoon, So why a curfew not called?"

Arguing for Zakia Jafri in the Gujarat Riots matter, Sibal urged the Supreme Court to take stern action and direct investigation as according to him, not doing so would meddle with the "constitutional soul of the country".

"If My lords are quiet, the constitutional soul of the country will not come alive. The documents I have put forth on record in Gujarat Riots Case will be a dead letter if My lords don't direct an investigation," he said.

A bench of Justice AM Khanwilkar, Justice Dinesh Maheshwari and Justice CT Ravikumar was hearing a plea moved by deceased Congress Leader Ehsan Jafri's wife Zakia Jafri challenging the clean chit given to the then Chief Minister of Gujarat, Narendra Modi in the 2002 Gujarat Riots matter.

Earlier, Sibal had submitted that SIT was hand in glove with the state government. However, the court said that just because they had not taken Tehelka tapes on record, their motives cannot be blatantly questioned.

Sibal while referring to the manual that was allegedly not followed during the investigation of the matter said, "The manual is in print, it's a dead soul, you through your Judgement give energy to that soul."

Sibal further clarified that "it was a battle of faith," and nothing has been individually produced by the petitioners, everything is from SIT except the Court orders. Sibal submitted that the petitioner don't want to give any color to it, and just want an investigation.

While referring to the Tehelka testimony of Arvind Pandya, the then Special Prosecutor of the Gujarat Governmen, Sibalt said that Arvind Pandya had threatened Police officers to say things to Nanavati Commission as per him. "These very statements were relied upon and people were convicted in other cases," Sibal added.

Whereas, in its statement to the SIT Pandya said, "I advised the DGP to depose as per his affidavit. It is incorrect to say that I threatened him."

Sibal referring to the manual added,

"Its only this court throught it's judgment this Court can give life to that dead letter. There is nothing more important than that. If you let it go, let it forget then it'll remain in the statute book only."

Case Title: Zakia Ahsan Jafri and Anr. Vs. The State of Gujarat and Anr.