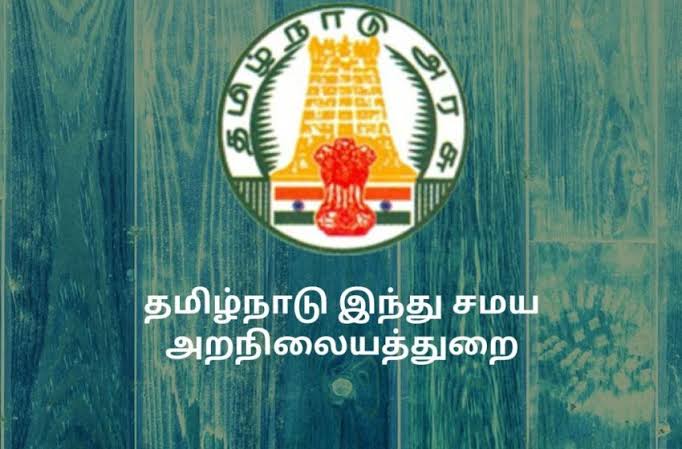 A writ petition has been filed before Madras High Court challenging the norm that only Hindus can apply for various positions in educational institutions run by Hindu Religious and Charitable Endowments (HR & CE) Department.

The plea is filed by one A. Suhail, a 37 years old Indian Muslim candidate who avers that he is otherwise eligible to be appointed as Office Assistant at Arulmigu Kapaleeswarar Arts and Science College, Chennai established by State of Tamil Nadu, HR & CE Department.

He contends that "in the name of the word Hindu, the respondents cannot prohibit the other religious people from contesting."

He avers that only because of the condition that only Hindus can apply, he could not attend for the walk-in interview for the post of Office Assistant at the abovesaid college that were held on October 18, 2021.

Arguing that the respondents (State Govt. and HR & CE Department) have no authority to impose such a condition, the petitioner states that “the constitution is very clear that the State cannot discriminate on the ground of only of the religion. Hence the condition imposed by the 3rd respondent that only the Hindus are eligible to be appointed to the above post is unconstitutional.”

He says that he, being an Indian citizen and native of Tamil Nadu is entitled for the protection of Article 16(1) & 16(2) of the constitution of India.

He also alleges that the present Government is being criticized by Hindu fundamentalists that the Government is anti-Hindu and in order to avoid such criticism, the respondents have decided to appoint only Hindus for spreading Hindutva ideology.

Contending that the word ‘Hindu’ does not denote any religion, he avers that when the Supreme Court has said that Hindu is not a religion but a way of life, then on what basis the respondent authorities can decide the candidate as a Hindu.

Therefore, he states that the HR & CE Department cannot prevent Indian Muslims or Indian Christians or any others from contesting for the various posts at the abovesaid college.

To support his claim, the petitioner also refers to clause 5 of Article 16, which provides that an incumbent of an office in connection with the affairs of any religious or denominational institutions or any member of the governing body of the above institutions shall be a person professing a particular religion.

He argues that the above provision will not be applicable for the appointment of an Office Assistant in the abovesaid educational Institution as this is not a religious institution but an educational one.

He also states that religious institution as defined in section 6(18) the HR & CE Act means only Math or Temples or specific endowment which include institution maintained for a religious purpose.

He also emphasizes that administrating an educational institution is a secular activity and not a religious activity and Article 25 and 26 will not come to the rescue of the respondents.

Therefore, stating that the teachers to be appointed are to perform the duties of imparting the syllabus of the concerned university and are not expected to perform any duty in the Kabaleeswarar temple or any other religious institution, he concludes, “hence, there is no rationale in a Hindu in the 3rd respondent college.”

As per the plea, the Joint Commissioner/Executive Officer, HR &CE Department, State of Tamil Nadu, issued a notification on October 13, 2021 calling for walk in interview for the post of Assistant Professors in various the Departments and other staff including Office Assistant in the abovesaid College to be held on October 18.

As per the notification, one of the conditions was that only “Hindus” could apply for all the above posts.

The petitioner has sought the court’s direction to the Joint Commissioner/Executive Officer, HR &CE Department to quash the abovesaid notification and permit him to compete for the post of Office Assistant.