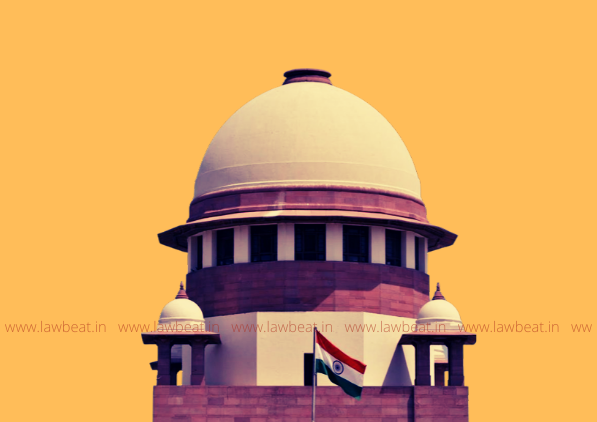 The Supreme Court while recently upholding the family settlement entered into between a Hindu Widow and her Nephews with respect to the share inherited by her from her late husband has observed that a hindu widow can enter into a family settlement with the descendants on her parental side.

“A perusal of Section 15(1)(d) indicates that heirs of the father are covered in the heirs, who could succeed. When heirs of father of a female are included as a person who can possibly succeed, it cannot be held that they are strangers and not the members of the family qua the female”, Bench of Justice Ashok Bhushan and Justice R Subhash Reddy noted.

In the present matter, Smt Jagno, after the enforcement of Hindu Succession Act, 1956 by virtue of Section 14 became the absolute owner of the share of her late husband i.e., the half of the agricultural property owned by her father in law. She entered into a family settlement as per which she settled the land in favour of her brother’s sons. Thereafter, Jagno’s Nephews filed a Civil Suit against the Smt Jagno in the Court of Sub-Judge, Gurgaon claiming decree of declaration as owners of half of the agricultural property owned by Smt Jagno. The Trial Court vide its judgment and decree dated 19.08.1991 passed the consent decree in favour of the plaintiffs declaring the plaintiffs owners in possession of the half share in the land.

Thereafter, the descendants of the brother of husband of Smt Jagno (plaintiffs/appellant) filed a Civil Suit in the Court of Senior Sub-Judge Gurgaon praying for declaration that the decree dated 19.08.1991 is illegal, invalid and without legal necessity. The Trial Court rejected the claim of the plaintiff.  Aggrieved by the judgement of the Trial Court, the plaintiffs filed a first appeal before the learned District Judge, which too was dismissed. The First Appellate Court held that, “ Under Section 14(1) of the Hindu Succession Act, 1956 a Hindu female becomes full owner of the property, which she acquires before the commencement of the Act and not as a limited owner”. Aggrieved, the plaintiffs filed a second appeal in the Punjab & Haryana High Court which was dismissed by the Court. Thus aggrieved by the decision of the second appeal, the plaintiff/appellant filed an appeal before this Court.

Issues that arose for consideration were

Decision of the Court

I) With respect to whether the decree dated 19.08.1991 requires registration u/s 17 of the Indian Registration Act, 1908 (Documents of which registration is compulsory)

The Bench in this regard, placed reliance on the Supreme Court judgement in Mohammad Yusuf & Ors. Vs. Rajkumar & Ors., 2020(3) SCALE 146. In this case also, the issue was of non-registration of a decree on the basis of which the Court refused to admit the decree in evidence in a subsequent suit. In this matter, the Bench observed that since the decree sought to be exhibited was with regard to the property which was subject matter of suit, hence, was not covered by the exclusionary clause of Section 17(2) (vi) and decree did not require registration. The relevant paragraphs are:

Thus, since the consent decree dated 19.08.1991 related to the subject matter of the suit, it was covered by exclusionary clause and required no registration u/s 17(2)(vi) of the Indian Registration Act,1908.

In this regard, on the Supreme Court Judgement of Ram Charan Das Vs. Girija Nandini Devi and Ors., 1965 (3) SCR 841 in which the Court observed that every party taking benefit under a family settlement must be related to one another in some way and have a possible claim to the property or a claim or even a semblance of a claim.

Reference was also made to Kale and Ors. Vs. Deputy Director of Consolidation and Ors., (1976) 3 SCC 119 in which the Court observed that,

“The term “family” has to be understood in a wider sense so as to include within its fold not only close relations or legal heirs but even those persons who may have some sort of antecedent title, a semblance of a claim or even if they have a spes successionis.”

“Smt. Jagno, who was a widow of Sher Singh, who had died in 1953, had succeeded to half share in the agricultural land and she was the absolute owner when she entered into settlement. We, thus, do not find any merit in the submission of learned counsel for the appellants that the defendants-respondents were strangers to the family.”, the Court observed.

Thus, the Court while dismissing the appeal observed that all the Courts had rightly dismissed the plaintiff’s/appellant’s appeal and therefore this required no interference.