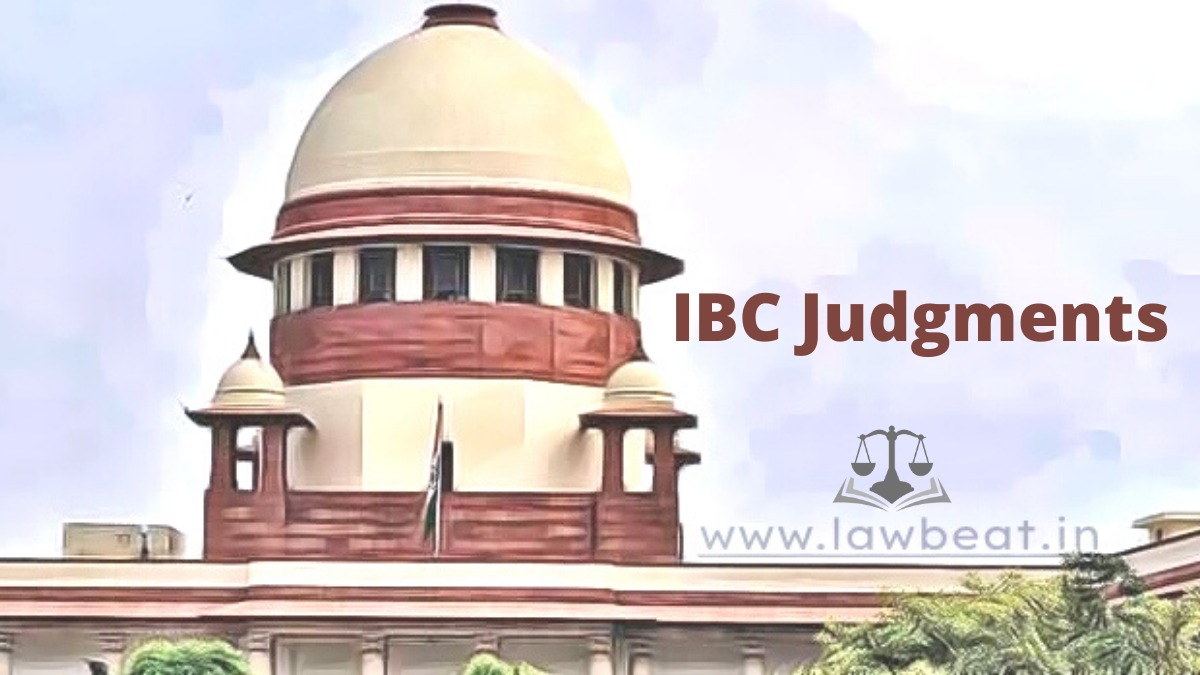 The Supreme Court has held that dissenting financial creditor, expressing dissent over the value of security interest held by it, cannot seek to challenge an approved Resolution Plan.

Court has observed that Section 30 of the Insolvency and Bankruptcy Code, 2016 only seeks to amplify the consideration of the Committee of creditors, keeping in mind the equitable distribution to every creditor, expressing dissent over the value of security interest held by it.

“Once it is found that all the mandatory requirements have been duly complied with and taken care of, the process of judicial review cannot be stretched to carry out quantitative analysis qua a particular creditor or any stakeholder, who may carry his own dissatisfaction. In other words, in the scheme of IBC, every dissatisfaction does not partake the character of a legal grievance and cannot be taken up as a ground of appeal”

It must be noted that the appellant company was the assignee of the rights, title and interest carried by Religare Finvest Limited as secured financial creditor of the corporate debtor, having 3.94% of voting share in the Committee of Creditors.

The Appellant contended that, the CoC couldn’t have approved the resolution plan which failed to consider the priority and value of security interest of the creditors while deciding the manner of distribution to each creditor.

The main part of the submissions of learned counsel for the appellant revolves around Section 30(4) of Code, it was contended that,

“CoC could not have approved the resolution plan which failed to consider the priority and value of security interest of the creditors while deciding the manner of distribution to each creditor even though the legislature in its wisdom has amended Section 30(4) of the Code, requiring the CoC to take into account the order of priority amongst creditors”

What the Court held?

Taking into account the factual matrix of the present case the bench relied upon various SC Judgments and observed that,

The NCLAT was, therefore, right in observing that the amendment to sub-section (4) of Section 30 only amplified considerations for the Committee of Creditors while exercising its commercial wisdom so as to take an informed decision in regard to the viability and feasibility of resolution plan, with fairness of distribution amongst similarly situated creditors; and the business decision taken in exercise of the commercial wisdom of CoC does not call for interference unless creditors belonging to a class being similarly situated are denied fair and equitable treatment.

In this context, it was stated,

“It has not been the intent of the legislature that a security interest available to a dissenting financial creditor over the assets of the corporate debtor gives him some right over and above other financial creditors so as to enforce the entire of the security interest and thereby bring about an inequitable scenario, by receiving excess amount, beyond the receivable liquidation value proposed for the same class of creditors.”

The Court held that, the amount to be paid to different classes or sub-classes of creditors, is essentially the commercial wisdom of the Committee of Creditors; and a dissenting secured creditor like the appellant cannot suggest a higher amount to be paid to it with reference to the value of the security interest.

Therefore, the appeal was dismissed as no merit was found viz. the argument of applicability of amended Section 30(4) of IBC is entirely discretionary and not imperative.