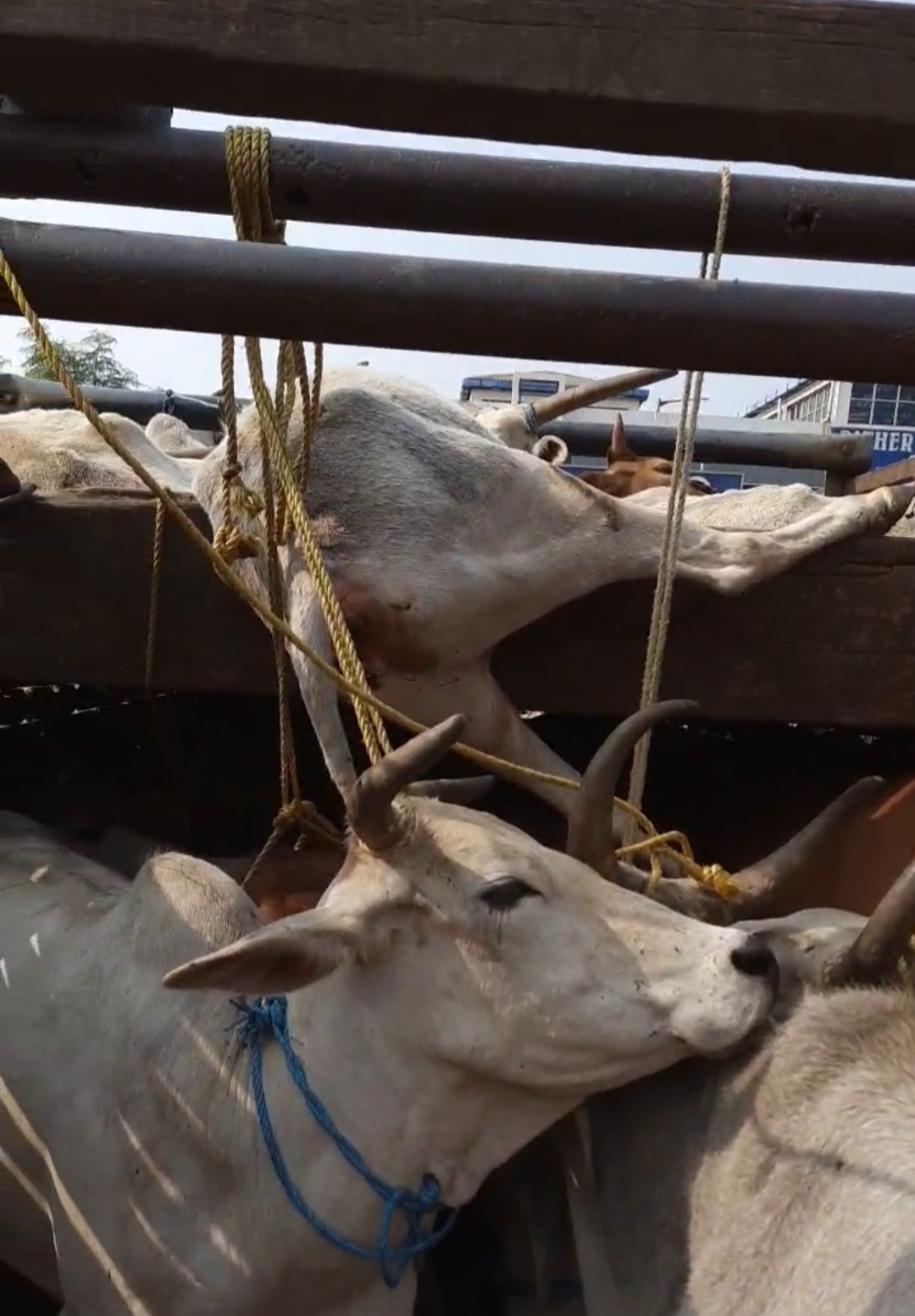 Staying the release of seized cattle to alleged owners where they faced charges of cruelty and illegal transportation, the Tripura High Court has called for "mass awareness about the Prevention of Cruelty to Animals Act, 1960 and the various rules framed thereunder," under which the alleged owners faced charges.

The single judge bench of Justice SG Chattopadhayay hearing the revision petition by by a Delhi-based animal welfare organization named Dhyan Foundation, also observed that the "creation of appropriate infrastructure is necessary for proper implementation of the said Act and Rules."

Noting that the matter pertained to the illegal and cruel transportation of 9 cattle stuffed into one small vehicle, the court said that the law in this regard, under the "Transport of Animals Rules, 1978, besides making provisions for fodder, drinking water and compulsory certification of fitness, provides different space requirement for different classes of animals during their transportation in order to prevent infliction of pain and sufferings to such animals."

The bench held that, "Strict adherence to the said rules is necessary to protect the animals from various infections, injury and other harms during transportation," and said further that "various organizations and agencies created under The Prevention of Cruelty to Animals Act and Rules made thereunder must ensure that the provisions of the said Act and rules are implemented in letter and spirit."

The court was hearing a revision petition filed by Dhyan Foundation seeking stay upon the release of 9 case property cattle handed over to it by the Sonamura Police Station after the registration of a specific case under the Prevention of Cruelty to Animals Act, 1960. A non-cognizable report was prepared by the police for the commission of prima facie cruelty upon 9 cattle overloaded into a small vehicle for transportation without any provision of fodder, water, etc.

The police forwarded the report to the Chief Judicial Magistrate, Sonamura (CJM) against the driver and owner of the vehicle and cattle for transporting the cattle in prima facie violation of the Prevention of Cruelty to Animals Act, 1960 and the Transport of Animals Rules, 1978.

While accepting the case of prima facie cruelty having been committed upon the 9 cattle in its order and taking cognizance of the matter, the court of the CJM, however, released the animals back to the alleged owners.

Challenging the release of the cattle to the alleged owners pending litigation, Dhyan Foundation, the interim custodian of the cattle moved the High Court in a revision petition.

Counsels for the Foundation, Adv. Harish Pandya and Adv. Shreya Agarwal contended that the release order was liable to be set aside as it failed to consider that the Prevention of Cruelty to Animals Act, 1960 is a special legislation whose provisions regarding questions of interim custody, care and maintenance of the animals, etc will prevail over the general provisions of the Code of Criminal Procedure, 1908 (CrPC).

Highlighting provisions of the Prevention of Cruelty to Animals (Care and Maintenance of Case Property Animals) Rules, 2017, it was argued that animals seized in cruelty cases are to be dealt with in a manner distinct from any other case property seized in criminal cases.

In this regard, reliance was placed upon Rule 3(b) of the said Rules which provides for "custody of animals pending litigation", and says that animals seized under the provisions of the Prevention of Cruelty to Animals Act, 1960 may be housed at infirmaries, pinjrapoles, gaushalas, SPCA shelters or animal welfare organizations pending litigation.

The counsels further contended that S.11 of the Prevention of Cruelty to Animals Act, 1960 clearly provides that in relation to offences under S.11 owners of the animals too are deemed to be responsible if they have failed to exercise care and supervision with a view to ensure the prevention of such an offence.

Therefore, they argued that as the cattle had prima facie been committed cruelty upon, they could not have been released to the owners or any party not envisaged under the relevant rules, pending litigation.

The court held that, "the Act and Rules provide that custody of the animals, in respect of which an offence under the Act has been committed, should not be given to the accused pending litigation. Rather, the right of the owner shall stand forfeited if he is convicted or if he pleads guilty to the offence. Section 11(2) of the
Act in unambiguous term provides that owner shall be deemed to have committed an offence, if he fails to exercise reasonable care and supervision for preventing cruelty to his animals."

Noting that the accused in this case was allegedly transporting the animals under the instruction of the owner, the court held that, "Situated thus, sub-Section (2) of Section 11 of the Act will have application in the case."

Observing thus, the court set aside the impugned order passed by the CJM, Sonamura and issued a direction to the trial court to decide the matter afresh in accordance with law.

The court also noted that no opportunity of a hearing was given to the animal welfare organizations before passing of the Trial Court's order, "though it was brought to the notice of the court that the seized animals were handed over to the custody of the petitioner. As a result, petitioner which is a recognized animal welfare organization, could not raise its grievance including the legal provisions before the court to protect the interest of those animals..."

As such, the court ordered the Trial Court to pass orders afresh, after according reasonable opportunity of hearing to the parties, including the Foundation, on Nov 10.

Until then, the court has ordered for status quo to be maintained with respect to the animals that are housed in the petitioner's shelter.

The court also said that while the respondents had leveled various allegations against the petitioner Foundation regarding the care and treatment of animals in their custody, however, all the allegations were denied by the Foundation and said that, the court would not make any observations on the allegations without sufficient materials being placed on record.

With such observations, and directions the revision was allowed and matter disposed of.