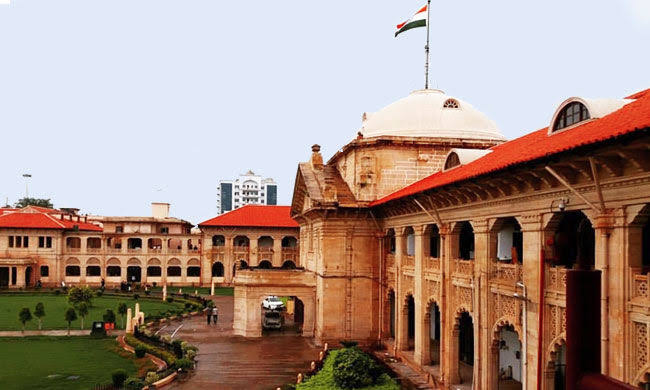 “Capturing the images and videos with consent of the woman cannot justify the misuse of such content once the relation between the victim and accused gets strained as it happened in the present case,” Allahabad High Court has observed while rejecting bail application of a man facing rape charges.

While rejecting the bail, Justice Saurabh Lavania also took note of the material available on record which showed that the bail applicant had tried to distort/ damage the reputation of the victim by sending obscene messages and photographs of the victim to her mother and sister.

The court, thus, said, “It would be appropriate to observe that the sexually explicit images or videos may be made by a partner of an intimate relationship with the knowledge and consent of the subject, or it may be made without his or her knowledge, however, the same if used as a form of revenge or harassment would definitely distort/ damage the dignity of concerned.”

Observing thus the court has held that in such cases the court cannot close its eyes and being parens patriae and protector of fundamental rights, it should come forward to protect the rights of the subject and should stringently deal with the offender.

Accordingly, after considering the entire aspects of the case which relates to an alleged live-in relationship, the court denied enlarging the applicant on bail.

In his bail application, the applicant Guruvinder Singh had argued before the court that he and the victim were in a relationship which started in 2012 and continued till February 2020 when it was broken on account of the fact that the victim was selected as the Nayab Tahsildar in 2017, after which her marriage was fixed with some other man.

He contended that the allegations against him were false as physical relations between the couple were established with the consent of victim, basis this he submitted that in fact he had committed no offence as this was a case of due consent.

He further alleged that, "On being annoyed or for some other reasons best known to the victim, which can be the settlement of her marriage with other person, the FIR in issue had been lodged against him."

To support his contentions, the applicant also averred that he had spent a total of Rs. 19 lakhs on the victim. However, from the record it was revealed that out of the total amount Rs. 17 lakhs were paid back to the applicant by the victim.

The victim in her complaint and her statement made under Sections 161 and 164 Cr.P.C supported the prosecution's case that since 2012-2013 to the date of lodging of FIR in January 2021, the applicant continued to commit crime i.e. rape on her on the basis of obscene video clips and photographs taken by him.

Taking note of the submissions of both the parties, and the applicant’s actions trying to damage victim’s reputation, the court said, “No person much less a woman would want to create and display grey shades of her character. In most of the cases, like the present one, the women are the victims.”

The court said, “In matters like the present one, any accused will surreptitiously outrage the modesty of the woman and misuse the same in the cyber space unhindered.”

Therefore, holding that such an act will be contrary to the larger interest of the protection of the woman against exploitation and blackmailing, as has, prima facie, happened in the present case, the court refused to allow the bail application.